NOTE: This article is about the incarnation of Killer Frost from the Arrowverse. The mainstream version can be found here: Killer Frost.

Locking up Caitlin Snow deep inside her mind

Follow Savitar and help fulfill his plans
Figure out who she is now (all formerly).
Helping her friends protect Central City from threats
Resurrect Frost (Caitlin only, failed)

Frost, formerly known as Killer Frost, was a meta-human criminal who appeared in the Arrowverse series, The Flash. She was a split personality of Dr. Caitlin Snow and became a sister figure for her later.

She was portrayed by Danielle Panabaker who also portrays her Earth-2 doppelganger.

Originally, Caitlin Snow was known for her optimism in the face of danger. She was known among the original employees at S.T.A.R. Labs for her passionate approach to science. After losing Ronnie Raymond when the Particle Accelerator went off in 2013, she went into a state of depression and became cold and detached; however, her time with Barry Allen led her to realizing that she can move on and live her life. She felt very concerned for Barry's well-being during his early days as the Flash, initially being against him using his powers for superheroics.

She was close with Cisco, who described her as "guarded" due to her losing Ronnie. That, combined with all her anger towards her mother, didn't seem to phase her, however. Leonard Snart described her as "uptight". Cisco's constant nicknaming of various meta-humans initially annoyed Caitlin, but she eventually ended up naming some herself. After being reunited with Ronnie, now as Firestorm, Caitlin became overjoyed and brought her figurative walls down. After losing him again, this time for real, she returned to her state of depression and blames herself for his demise. She eventually realized that she can still be happy, and proceeds to return to her previous light after reuniting with the rest of "Team Flash".

Caitlin also has a tendency to flirt with people, which is more evident when she is intoxicated. At one point while at a dive bar with Barry, she tried to do karaoke, and ends up dropping several hints and statements that she was attracted to him. He later took her home and changed her into her sleepwear, and since she was still drunk, she asked him if he "took a peek" at her naked body. After meeting Hunter Zolomon, masquerading as Jay Garrick, they quickly became infatuated, leading to her wanting to find treatment for his case of cellular degeneration that threatened to kill him. However, after discovering that he was really Zoom, she tried to prevent her emotions from clouding her judgement. After her imprisonment on Earth-2 and being kept around as Zoom's captive, she seemed to develop PTSD, occasionally seeing visions of him around when he's not anywhere near there.

As Killer Frost, Caitlin became more vindictive, worried about her powers taking over. Having already met her Earth-2 self, who represented everything she didn't want to be (cold, double-sided, sadistic and unloved), she was worried even more that Team Flash would reject her if they knew about her post-Flashpoint powers. After becoming Killer Frost, her fears, insecurities and bitterness towards Barry for his creation of Flashpoint took over, thus making Killer Frost an entirely separate entity from the Caitlin that Team Flash knew and loved. She started mocking people more for their perceived weakness, mocking Cisco for fearing that he had to hurt her at all to save Barry, whom she regarded as selfish for tampering with time to give himself a happy ending and showing no regard for the consequences of his actions.

Caitlin was more fearful now that Killer Frost would take over completely, confiding in Julian Albert about her fear. As Killer Frost, however, she mocked Julian for thinking that there was a way to bring Caitlin back fully. She had a tendency to talk long sentences, going on rants about her superiority to Caitlin, whom she perceived as weak and pitiful. Desperate to show her loyalty to Savitar, she jumped at the chance to kill Tracy Brand, who would become a problem for Savitar in the future, but was insulted by the armored speedster for failing to kill her, mocking her decision to call herself "Killer Frost" when she hasn't actually killed anyone yet.

Caitlin now has better control of Killer Frost. Her Killer Frost side has become kinder but critical of some aspects of the Caitlin side, like her tendency to wear pink. 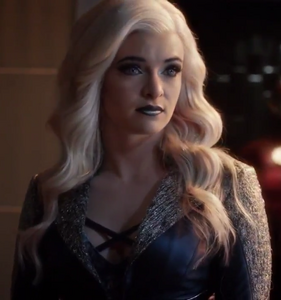 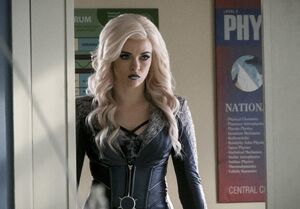 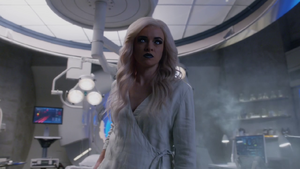 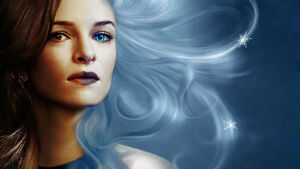 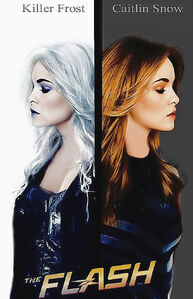 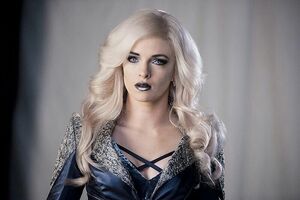 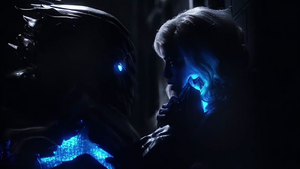 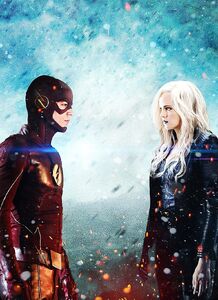 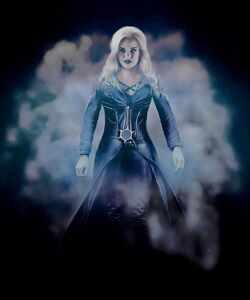 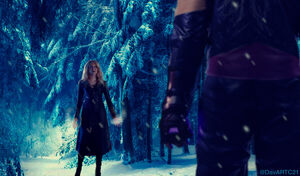 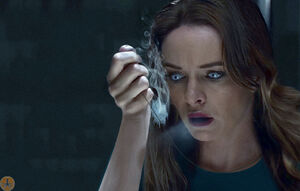 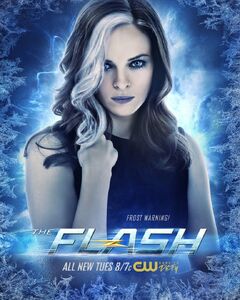 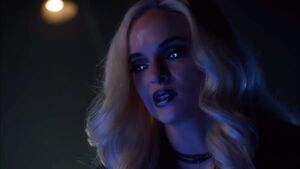 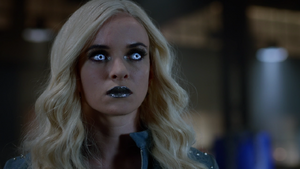 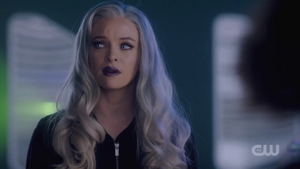 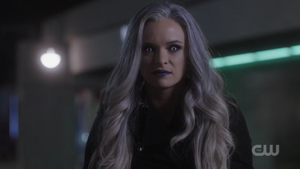