Destroy anyone who gets in his way.

Simon Maddicks, also known as Killer Shrike, is a member of Thunderbolts and a supervillain who appears in stories published by Marvel comics. Having faced a number of heroes in his career. An unnamed criminal also used the Killer Shrike persona.

Simon Maddicks, a military man turned mercenary was selected by the Roxxon Oil Company to be a special agent in covert operations. Sent to the Mutagenics Laboratory of Roxxon's subsidiary Brand Corporation, Maddicks underwent extensive conditioning to increase his strength and endurance, and surgery to implant a miniature antigravity generator in the base of his spine. Given a special baffle-suit with electrical offensive weaponry, Maddicks was assigned the code name Killer Shrike. For his first mission, he was sent to infiltrate the subversive organization called the Conspiracy, which Roxxon learned about through major purchases of technology from the Brand Corporation.

For his initiation, the Conspiracy sent Killer Shrike to capture the monster called Goram. Instead, he found himself engaged in battle with the adventurer Ulysses Bloodstone and was defeated. Injured by the short-circuiting of his electrical weaponry, the Shrike was taken to a New York hospital by Bloodstone's agents. There he lay comatose for several weeks. Upon awakening he had temporary amnesia, but was soon contacted by one of the Brand scientists, Dr. Stephen Weems, who operated upon him. Weems, calling himself the Modular Man, had been the victim of a microwave experiment that backfired, and sought the Shrike's help to acquire more power. In return, Weems promised to disclose to the Shrike knowledge of his past. In battle with Spider-Man and the Beast, Weems was killed before he could uphold his end of the bargain. The Shrike escaped and was soon contacted by agents of the Brand Corporation. They helped restore his memory, and assigned him to undercover work as bodyguard to Brand president James Melvin. With Brand's public dissolution, Killer Shrike became a free agent.

Enhanced reflexes, enhanced agility, enhanced endurance, enhanced resistance, he can fly by means of a surgically implanted antigravity generator located at the base of his spine. This generator, activated by neural link, emits a steady stream of anti-gravitons (theoretical particles that are of the opposite charge to gravitons), and enables him to fly. Killer Shrike can attain speeds up to about 80 miles per hour and can support up to 450 pounds (including his own weight) while in flight, although this diminishes his speed and endurance. Killer Shrike has had extensive training in hand-to-hand combat and a number of Oriental martial arts such as kung fu. He is also very proficient at the use of hand weapons such as knives and guns.

His major weapons system is the twin power-blasters worn on each wrist. Each bracelet has two curved titanium talons, capable of slashing flesh, wood, cinderblock, and light metals. The bracelets can discharge a high-frequency lightning-like bolt of electricity with a maximum charge of 35,000 volts. His maximum range of normal bolts is about 35 feet, or about 50 feet for double-handed bolts.

Shrike was upgraded by the Tinkerer. He was caught by the Avengers and detained by SHIELD. After leading them to a location though, Shrike was electrocuted. Discoveries of passports and other schematics in the building led to Nick Fury conducting a 'secret war' in Latveria. 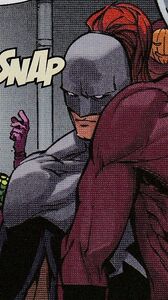 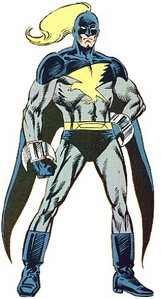 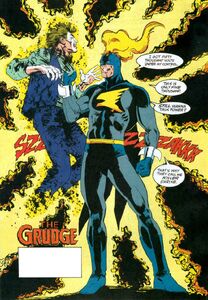 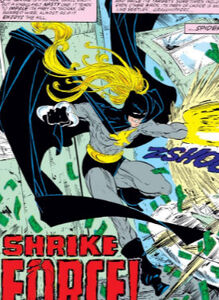 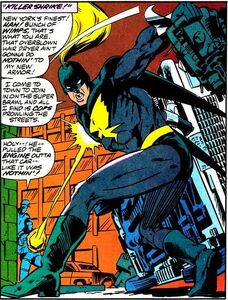 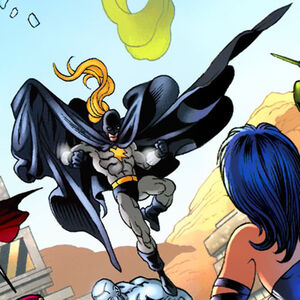 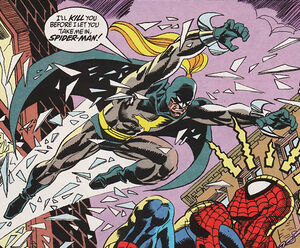 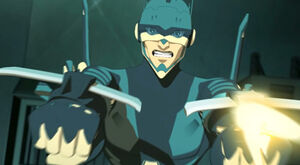