Kimimaro
The Guy from the Kaguya Clan (by Suigetsu Hozuki)

Serve Orochimaru to the best of his abilities.

Minion
Kimimaro Kaguya, better known as Kimimaro, is the leader of the Sound Five, Jūgo's best friend and an antagonist from the Naruto series.

Kimimaro was born into the Kaguya clan, a clan of battle-hungry barbarian warriors. He was one of the few Kaguya to possess the power of Shikotsumyaku, allowing him to manipulate his bones. Kimimaro’s father, the clan patriarch, feared him for these abilities, keeping him locked in a cage, unless he was needed to fight. At one point, the Kaguya clan attacked Kirigakure, but they underestimated their defenses and were wiped out, leaving Kimimaro the last of them. He wandered until he was found by Orochimaru, becoming one of his most loyal followers, determined to see his master’s goals fulfilled.

Kimimaro was even willing to give up his body for Orochimaru to inhabit if he needed it. Eventually he met Jūgo, whom he felt a connection with and they became best friends. Later Kimimaro let Orochimaru brand him with the Cursed Seal he’d created and even talked Jūgo into becoming a test subject, so as to deal with his rage. Kimimaro was able to defeat the Sound Four by himself with his new powers and was named the leader of the group, which was then dubbed the Sound Five. However Kimimaro became the victim of a disease, that drastically affected his usefulness to Orochimaru.

Kimimaro later aided Orochimaru in killing a group of Kusagakure shinobi, allowing his master to impersonate Shiore. But afterwards, he coughed blood, though he chose to ignore it. However, when Kimimaro helped to kill the Fourth Kazekage and his bodyguards, his disease began to drastically affect him, forcing him to be brought back to Otogakure to be put in intense medical care to keep him alive. When Kimimaro heard that he was now useless, he began to weep for his inability to serve Orochimaru. But after the Sound Four had taken too much time to capture Sasuke Uchiha, Kabuto Yakushi manipulated Kimimaro into going to find him instead. Despite the fact that he was obviously going to die in the attempt, Kimimaro vowed to succeed, as it was the only way he could serve Orochimaru.

Before setting out, he decided to see Jūgo, who protested that he could not go on this mission, because of his health. However Kimimaro said that Sasuke was his legacy, before he thanked Jūgo for being his friend and heading out. He managed to track down Tayuya with the casket Sasuke was in and ordered her to kill some of the Konoha ninjas, threatening to kill her if she refused. Kimimaro then took Sasuke and when Naruto tried to fight him, he was able to fend him off for a while, allowing Sasuke to emerged from the casket and leave.

Kimimaro then tried to kill Naruto, but before he could, he was attacked by Rock Lee, who he became more interested in fighting. He tried to intercept Naruto when he went after Sasuke, but Lee stopped him and continued to fight him. In the beginning, Kimimaro was easily able to outmatch Lee, though the latter started to win by using Drunken Fist, Kimimaro was unable to deal with his unpredictable attacks and was struck down. However he activated the first stage of his cursed seal and cut Lee’s face, snapping him out of his drunken state. Kimimaro took the advantage again and apparently managed to kill him, before trying to go after Naruto again. But Lee got back to his feet and Kimimaro tried to finally kill him, but Gaara intervened.

The two started fighting and Kimimaro noted that the jinchuriki was a powerful opponent thanks to his sand manipulation and strong sand defense. He came to the conclusion that Gaara wasn’t good at close combat since he made it difficult to get close to him. Kimimaro started firing bone projectiles at Gaara, while he dodged his attacks and pointed out that since all his attacks used sand, it was never wise for him to fight in any area where there was not sand.

However Gaara managed to distract Kimimaro and grabbed his feet, explaining that as long as he had his sand, he could create more with it. Kimimaro was then crushed by a huge wave of sand from Gaara, but created a layer of bone underneath his flesh to protect himself. Kimimaro proceeded to activate the first stage of his Cursed Seal and broke out of the sand, saying that he had underestimated Gaara, but he wouldn’t do so again. However, Gaara then created a tidal wave of sand, which Kimimaro couldn't evade and was buried in. Surviving an attempt by Gaara to crush him again, Kimimaro released the second stage of his Cursed Seal and pulled himself out of the sand Kimimaro then attacked the jinchuriki, who blocked him with his Armor of Sand. Kimimaro proceeded to use his Dance of the Clematis attack against Gaara, who managed to defend with his Shield of Shukaku technique.

The jinchuriki insulted Kimimaro’s loyalty to Orochimaru angering him and making him lose his focus. Gaara managed to bury him deep into the ground, but Kimimaro escaped with his Dance of the Seedling Fern attack, sending up a huge forest of sharp bones. Gaara and Lee avoid being killed by creating a small sand cloud to sit on and Kimimaro emerged to try and finish the two. But at that moment, his disease finally killed him.

Kimimaro was later revived by Kabuto for the Fourth Shinobi World War and eventually became part of a group that included Chiyo and Hanzō. He and the team eventually engaged the Surprise Attack Division, who were holding Deidara. Kimimaro and the others managed to send them into retreat and he pursued them, thinking about how Orochimaru’s chakra was now within him, strengthening his determination to do as he was commanded. As backup for the enemy forces arrived, Kimimaro engaged them, managed to break through even their chakra-infused blades. He killed more of them, before Naruto’s shadow clone arrived, saying that things would go different than last time. Kimimaro noted that Naruto did indeed look different, before being struck by the latter's Rasenshuriken attack. Continuing to fight, Kimimaro was returned to the afterlife after the deactivation of Kabuto’s Impure World Reincarnation technique.

Although the spin-off series Rock Lee & His Ninja Pals is set in Naruto Shippuden and Kimimaro is notably dead in the series, he notably appeared in several Orochimaru-related episodes. One of his most notable appearance was in Episode 31, where he is seen alongside with Kabuto and Sound Four celebrating Orochimaru's birthday. He was again mentioned by Jugo in Episode 47.

Kimimaro is a calm and quiet individual who is partially interested in battle, only seeing his skills as a means of making himself useful. As a child, he didn’t want to hurt anyone and even liked flowers. Kimimaro works hard at accomplishing anything he is assigned to, having great loyalty to Orochimaru. He practically worships his master and believes that the only reason he exists is to serve Orochimaru. Kimimaro greatly dislikes weaker ninja, killing anyone he feels is weak, even if they were his ally. He has a sense of honor and fair play in battle and rarely shows emotions, only doing so if his ideals are threatened or insulted. Kimimaro also had a habit of underestimating more powerful opponents, doing so to Gaara multiple times during their battle.

Kimimaro is an extremely powerful fighter and his extreme determination let him overcome his sick body, moving it even when it should be physically impossible. Kimimaro primarily fights with his clan’s kekkei genkai, Shikotsumyaku, that lets him control his bone structure to fight. As a result, he can control the density of his skeleton and form bone weapons, using them with his great skill at taijutsu, a form of techniques that use martial arts. Kimimaro has high strength, speed, agility, and durability and uses several dances, moves that combine his taijutsu and Shikotsumyaku. These consist of Dance of the Camellia, where Kimimaro generates a short bone sword, then thrusts it wildly and quickly, making it almost impossible to dodge.

Fern, where he sends up a huge number of sharp bone spikes from the ground and can even meld with them. Like most of Orochimaru’s close servants, Kimimaro has a Cursed Seal placed upon to give him more power, the Cursed Seal of Earth in his case, which is one of the strongest. When he activates the second stage of the seal, Kimimaro drastically changes in appearance and becomes even stronger with thicker skin. 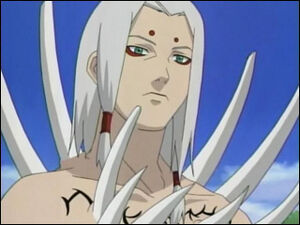 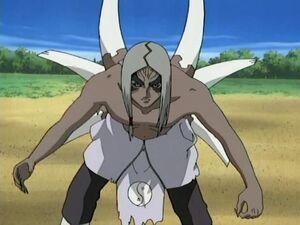 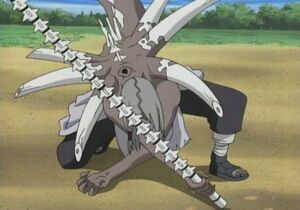 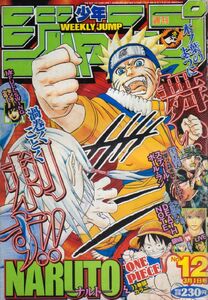