King of the Boom Boos (also called themselves "Boos")

Elemental abilities
Able to shift into his shadow form

King Boom Boo (キングブーブ Kingubūbu?), also known as the "King Of Ghosts", is a minor villain in the video game Sonic Adventure 2 and in the anime Sonic X. He is a giant ghostly beast who rules all a legion of spectral monsters known as Boom Boos (also called "Boos"). He resides in the Death Chamber level, yet his presence is seen at the giant pillars of the Pumpkin Hill level and Aquatic Mines level, and like other ghosts in the Sonic the Hedgehog universe, he is repelled by light.

Knuckles encounters King Boom Boo while searching for keys to a door Sonic, Tails, and Amy were trying to get through. In the boss battle, Knuckles runs around a circular arena while followed by King Boom Boo who throws blue fireballs at him (and may also attempt to bite him at close range). Occasionally, the ghost stops to spew a huge blue wave of flames, and during that time Knuckles must stun King Boom Boo by moving behind him and punching a Boo holding an hourglass, activating the hourglass which opens panels in the ceiling, making light fill the room. King Boom Boo then retreats into the ground. Knuckles must chase his shadow across the room and dig it up, then run after him and punch him. He can be damaged up to three times in one hourglass flip. If the player moves too fast when running from him, King Boom Boo will turn around and chase them from the other side. After four hits, King Boom Boo disperses into air.

King Boom Boo is a collectible card that can be contained by winning the Tails Cup in Single Player. The card unlocks Tails' Captain suit.

King Boom Boo appears as a S Rare Fly Type buddy which gives a thirty percent chance of having the player's score boosted when defeating enemies.

In the Halloween event, King Boom Boo was feed a strange candy by Eggman, brainwashing him into serving as the guard of his Halloween theme park. Team Sonic intervened, but King Boom Boo got the best of them. After discovering the candy was neutralized by strong light, they use E-123 Omega's searchlight to return everyone brainwashed by the candy back to normal. King Boom Boo then proceeded chase after Eggman in vengeance.

King Boom Boo and his minions appear in the background of the track Boo's House.

King Boom Boo is malicious, sadistic and mischievous, laughing merrily when causing harm to others. However, he also has a cowardly side, as when the odds would turn against him during his battle with Knuckles, he would resort to running away. He also has a great aversion to sunlight and will try to hide from it. He appears incapable of coherent speech, only giving off babbles, grunts and roars.

King Boom Boo appears alongside his minions in both the anime series Sonic X and the Sonic X comic book series by Archie Comics.

King Boom Boo, along with his Boo/Boom Boo minions also made an appearance in oOnic the Comic Online, where he is only referred to as the "King of Ghosts". 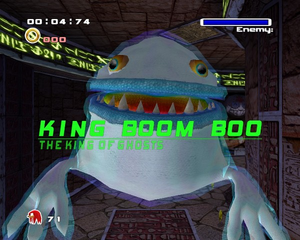 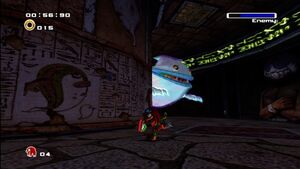 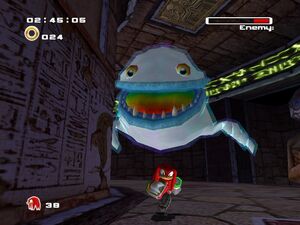 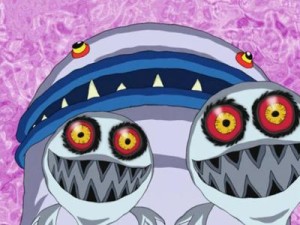 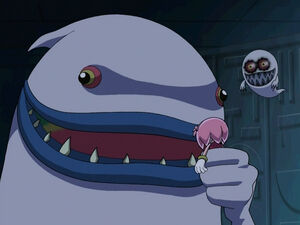 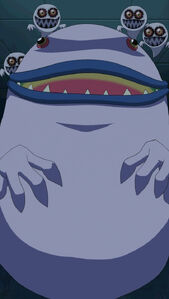 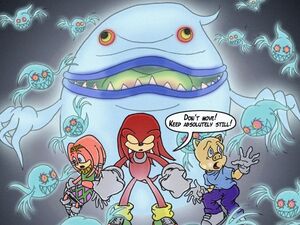 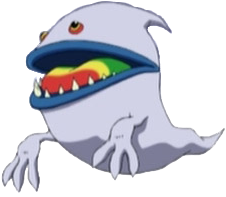 Retrieved from "https://villains.fandom.com/wiki/King_Boom_Boo?oldid=3147661"
Community content is available under CC-BY-SA unless otherwise noted.