King Cold is the overarching antagonist of the Dragon Ball franchise. He is the father of Frieza and Cooler.

He was voiced by the late Daisuke Gōri in DBZ, Masaharu Satō in episode 195 of DBZ and Ryūzaburō Ōtomo in DBZ Kai in Japanese and Brad Jackson in DBZ and Jason Douglas in DBZ Kai in Funimation dub and Michael Dobson in Ocean Group dub in English.

King Cold ranks among the tallest villains in the Dragon Ball universe, and his physical appearance is very similar to his sons, looking nearly identical to Frieza's second form. He is well muscled and his skin is darker than Frieza's, but lighter than Cooler's. He wears the standard Battle Armor over his chest, along with an indigo cape. The "dome" on his head is colored dark blue (though it sometimes appears dark teal in the anime), along with his horns that have lines on it. Despite the fact that both of his sons have demonstrated the ability to transform, it is unknown if King Cold has the ability to change shape as well.

King Cold has a calm and high-class attitude with elegant mannerisms. Like his son Frieza, he displays a great deal of arrogance and impatience despite being better at hiding it. For example, he tried to kill Trunks the second he rejected his offer to rule beside him. However, he also has a stern attitude towards his son. Not because he disapporves of his sadism, but that he is well-aware of how reckless Frieza can be when toying with his opponents. He seems to display a high level of concern for his family, though he quickly becomes annoyed with how long it takes Frieza to finish off an opponent. King Cold is not as reckless as his son as shown when mecha-Frieza uses the Death Blaster technique on Future Trunks; leaving King Cold startled that Frieza is attempting to use the attack - remarking "You'll destroy us all!" when firing it a second time and tries to convince Frieza that destroying the planet will not serve his revenge. Despite his alleged high concern for his family, he seems to have no qualms for attempting to replace family members if they are killed with the person who killed them. This was evidenced by his attempting to get Future Trunks to join him after the latter killed Frieza, although this could have been a lie as he believed that fighting Trunks was not to his advantage (at least as long as he was in possession of his sword). Another sign that this was a lie was that he was at least slightly shocked and saddened by Frieza's death. Despite this, he did raise his son to become the tyrant he is now with Frieza outright admitting to Goku that his parents were the only ones who could harm him in his final form. Furthermore, Cold also apparently showed little affection for his eldest son, Cooler. According to the latter, Cold in addition to possibly being even more abusive towards him, also spoiled Frieza while showing little respect towards Cooler's attempts at pleasing him. However, since Cooler hasn't appeared in the series' canon, the amount of abuse he inflicted upon him is up for debate.

In the anime Dragon Ball Z and Dragon Ball Z Kai, King Cold is the father of Freeza and Cooler. He stands much taller than Frieza, and is also believed to be more powerful.

While King Cold does not appear in the saga personally, he receives his first mention after Son Goku knocks Freeza into a plateau, when Frieza says that Goku is the first person to hurt him besides his "loving parents".

Sometime after Frieza's defeat at the Super Saiyan's hands, King Cold and his crew search through the debris of Planet Namek's remains. Though in disbelief that his son could be destroyed by a mere planet's explosion, the angered King Cold telekinetically shatters his spaceship's cockpit window, making Fisshi, one of his soldiers, fall in space. He then vows that if Frieza has truly been defeated then he himself will avenge his son. Eventually, Cold's scientists discover Frieza's battered remains and manage to rebuild him with mechanical limbs. When Frieza awakens, he explains to his father about the Super Saiyan that nearly destroyed him. The two discover that the Super Saiyan is on his way to Earth. Though Cold recommends destroying the planet from space, Frieza devises a plan to arrive on Earth before the Super Saiyan does and kill the earthlings in an attempt to make the Super Saiyan suffer. Then, Frieza (with Cold's help) would have a rematch with the Super Saiyan and victory would be assured.

When King Cold and Mecha Frieza arrive on Earth, at Northern Wastelands, Cold gives permission for his son to kill the Super Saiyan's friends, and orders his soldiers to kill anything they come in contact with. Suddenly, Trunks shows up from the future and easily dispatches all of Cold's minions. Much to Frieza's horror and Cold's curiosity, the youth transforms into a Super Saiyan and survives all of Frieza's attacks (much to Cold's annoyance). Trunks then slays Frieza with his sword and disintegrates the remains. King Cold then offers the youth the opportunity to take his son's place (even offering planets as well). Trunks unabashedly declines, which does not worry Cold as he believes the boy's power stems solely from his weapon.

In an attempt to acquire the boy's sword, Cold asks if he may examine the blade. With the sword in his hand, Cold strikes at the mysterious youth, but to his great horror, the blade is effortlessly caught. Trunks begins to overpower King Cold and, with his other hand, shoots a God Breaker blast which goes right through King Cold's chest, sending him flying. Cold begins begging for his life, saying that he will give the youth all the planets he conquered. But his pleas for mercy fall on deaf ears, as Trunks quickly finishes him off with yet another God Breaker blast, much to the shock of the Z Warriors. (Cold only begs for his life in the anime, while the first blast kills him immediately in the manga). His cells were then collected by Dr. Gero's remote tracking device to create Cell. After his death, he was sent to hell by King Yemma.

Since his death, King Cold has appeared in several episodes, generally those involving Hell. In the Great Saiyaman Saga, King Cold, Frieza, Cell, and four of the members of the Ginyu Force: Recoome, Burter, Jeice, and Guldo were terrorizing Demons in search of a way out, but Goku and Pikkon came to stop them. After easily defeating Cell, Pikkon elbowed Cold in the stomach, bringing him to his knees. He was then locked up in a cell with Frieza, Cell, and the Ginyu Force.

In the Pure Buu Saga, King Cold appeared alongside a large number of Demons and dead villains, watching the fight between Goku and Kid Buu. As with most of the other villains, he rooted for Buu.

King Cold makes a brief cameo when most of the villains from the Dragon Ball series escape from Hell. It is most likely that he was killed again and sent back to Hell.

Likely nearly every villain in the Dragon Ball series, King Cold can fly, generate ki blasts, create a personal force-field, and has superhuman strength, he also has sword skills - his signature move being the Dirty Slash. Video games have shown King Cold to be able to use the Death Cannon and also the Death Beam.

King Cold has been stated to be stronger than both Frieza and Cooler, though the Daizenshuu states he is "somewhat inferior to Frieza," likely due to him only being in second form. Since Trunks defeated him before he could show his true power, however, one could assume that he would have won if not for his cocky nature.

More commonly known as the Dirty Slash, it is used when King Cold tricks Future Trunks' sword and he tries to slash him with it.

Also known as the Full Power Death Beam, and Cell's version being known as the Perfect Death Beam. The user extends his index finger forward and fires a yellow Death Beam that is slightly bigger and more powerful than the original. King Cold is presumably the inventor of this technique. Cooler can use it in the game Battle of Z and Frieza can also possibly use it. Cell can also use the attack due to having King Cold's DNA.

A team attack that's use along side Frieza after his cybernetic enhancements. It consists of King Cold punching his opponent up high into the air, who then falls to the ground. Mecha Frieza joins his father, who says: "Behold my people's power!" After the short speech Mecha Frieza dashes towards the enemy with his head in the stomach, while King Cold flies up high. Cold quickly kicks the opponent away, followed by Frieza who backflip-kicks him to the ground. Frieza kicks the horrified opponent again, who tries to get up. King Cold prevents the enemy from doing so and punches him to the ground in the blink of an eye. The doomed enemy puts up his head for the last time when King Cold, holding Future Trunks' sword and uses the Dirty Slash attack before finally finishing the attack with a blast resembling Frieza's Death Cannon. 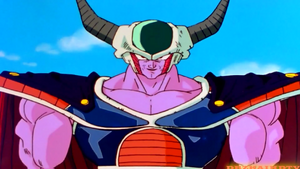 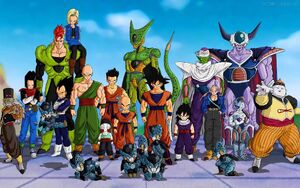 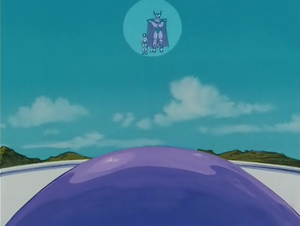 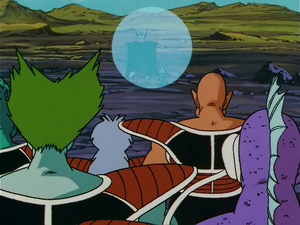 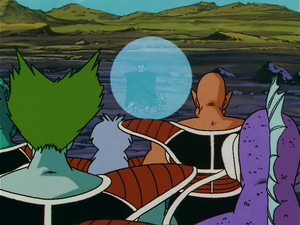 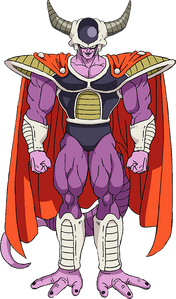 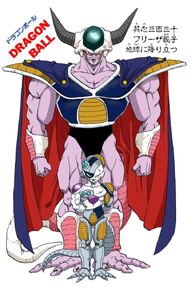