Free himself from the Mirror World (succeeded).

King D-Mind is the main antagonist and final boss of the 2017 Nintendo 3DS exclusive videogame Team Kirby Clash Deluxe and a supporting antagonist in its 2019 Nintendo Switch sequel Super Kirby Clash. He is the king of darkness and the superior of Dark Taranza. He appears to be a fusion between Dark Mind and Shadow Dedede.

While little is known about his origins, King D-Mind is considered the king of darkness of the Mirror World. In the quest "The Final Battle", Dark Taranza summoned him from the black mirror to help aid him in battle against Kirby and his teammates, only for King D-Mind to promptly smash Dark Taranza into pieces with his hammer to face Team Kirby himself, but King D-Mind loses, mysteriously teleporting away.

In the quest "The True Final Battle", King D-Mind returns through the black mirror to seek vengeance against Team Kirby. He uses the same techniques from his first fight, only more powerful variations. Upon defeat, Team Kirby use magic powers to lift King D-Mind and seal him back into the black mirror before shattering it, transporting him to an unknown universe. With the mirror gone, Taranza returns to his senses, and peace returns to the Dream Kingdom.

King D-Mind returns in Super Kirby Clash as a major antagonist. In the Decisive Battlefield, Parallel Nightmare calls him from another world, freeing him from his imprisonment in negotiation to help defeat Team Kirby. But the king of darkness wanted to fight Team Kirby himself and smacks Parallel Nightmare away with his hammer. He fights similarly to his battle in Team Kirby Clash Deluxe, except he uses his belly mouth more frequently to fire shadow balls. Team Kirby manage to defeat him and he explodes.

Later on as a secret boss after completing the game, King D-Mind travels through a rift in space to engage Team Kirby once again for revenge. He fights in a similar pattern compared to the first battle, only with more powerful moves. Once he is defeated, he explodes once again.

In his incomplete form, King D-Mind resembles Shadow Dedede with his purple, gray, and black design with Dark Mind's crown, although there are notable differences such as the blue triangles on his waistband and yellow eyes. On his hammer is a halberd. Also similar to Dark Mind, he has spikes protruding from his back. Often, he will transform into a large purple eye from his belly mouth, which slightly resembles Dark Mind's true form. 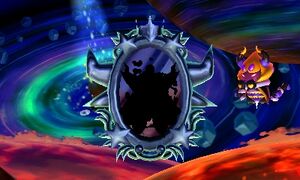 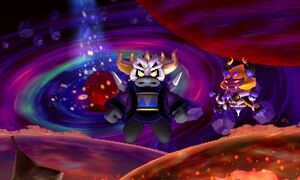 Dark Taranza welcomes his master to the real world... 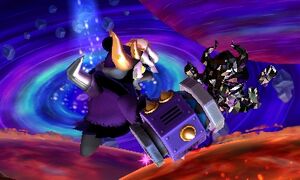 ...Only for King D-Mind to smash him for failing to release him earlier. 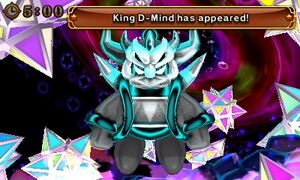 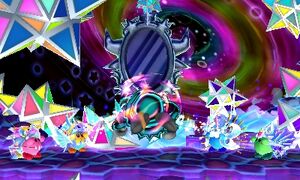 Team Kirby seals King D-Mind back into the black mirror. 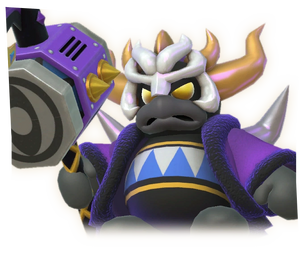 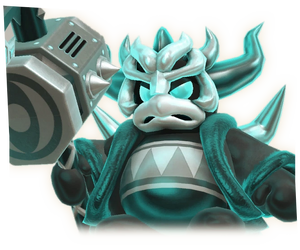 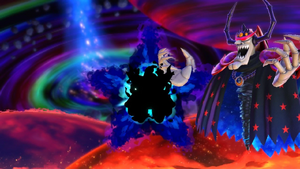 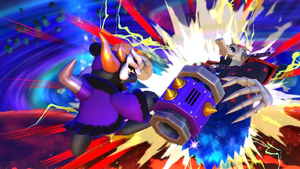 King D-Mind smacking Parallel Nightmare away to deal with Team Kirby himself. 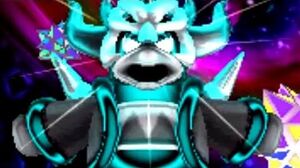