King of the Digital World and its main processing agent

Annihilate every human being (Data Squad; failed).
To create a new world order submission both world in one rule (tri.; failed).

King Drasil (also known as Yggdrasil in the Japanese Dub), also known by its real name "2-9000-WZ", is the final antagonist of Digimon Savers/Digimon Data Squad and one of the three secondary antagonists of Digimon Adventure Tri, and the video game, Digimon Story: Cyber Sleuth. The leader of the Digital World and the Royal Knights, Drasil puts his knights in a war against the humans due to an earlier misunderstanding with Dr. Spencer Damon. He is the Data Squad's arch-nemesis.

King Drasil was first mentioned by Merukimon during Spencer Daimon's journey in the Digital World. When Spencer met BanchoLeomon, they did combat together and befriended each other. When the two arrived in King Drasil's castle after BanchoLeomon tested out his power to Craniamon. BanchoLeomon had no choice but to kill Spencer after obeying King Drasil. Then King Drasil possessed his lifeless body, betraying BanchoLeomon.

After Kurata’s demise, King Drasil first appeared in "King Drasil's Fatal Decision!" when he spoke to Craniamon about the world's colliding, and decide that all humans must be destroyed. His first figure was the possessed father of Marcus Daimon, Spencer Daimon. Later on, after the defeat of Craniamon, the Data Squad arrived to King Drasil's lair, and BanchoLeomon arrives and tells Marcus that he was his "father". BanchoLeomon sacrificed himself to hold off King Drasil while ShineGreymon defeated him, expelling him out of Spencer's body. After that, he took the form of a hovering robotic monster with tentacles.

He started to unleash some destruction in the Human World. ShineGreymon, MirageGaogamon, Rosemon, and Ravemon attempt to battle him, but King Drasil was extremely powerful (not even for ShineGreymon's GeoGrey Sword attack, which broke). The four heroric Digimon all became their Burst Mode forms and managed to damage King Drasil's body, but unfortunately he can heal himself from an attack, too. The remaining Royal Knights (even Gallantmon who was free from his icy prison by Kentaurosmon) showed up and King Drasil ordered them to attack the Data Squad, but they instead betrayed the king and helped Craniamon and the Data Squad. Angrily, King Drasil revealed he was actually a PC, revealing his true name. Marcus and Agumon raced up to King Drasil while the remaining Data Squad members were attacking his tentacles, but ended up being trapped by King Drasil's tentacles. Agumon became a flying flare pheonix, and managed to defeat King Drasil, and he reveals his true form; a humanoid crystal figure, and Marcus finished him off. After King Drasil's defeat, he did one last thing before hybernating, which was bringing Spencer Daimon back to life.

After the reboot of the Digital World, Daigo investigates Maki Himekawa's secret files and remembers her desire to reboot the Digital World to revive her partner Megadramon, who was unable to recompose into a Digi-Egg. Daigo meets Hackmon, who relays a warning from Homeostasis that King Drasil corrupted Dark Gennai and is targeting "Libra": Meicoomon.

Dark Gennai reveals that the reboot was all part of King Drasil's plan to create a new world order where humans and Digimon no longer interact with each other.

When reboot of the Real World is halted by Hackmon. However, King Drasil floods Ordinemon with corrupted data.

His plan fails after Omnimon Merciful Mode destroys Ordinemon and Drasil is shut down by Homeostasis.

King Drasil is arrogant and dark, not to mention extremely critical. Being the king of the Digital World, Drasil can manipulate every element in the area to attack the humans in the Real World, but much like many corrupt leaders, he prefers to send his Royal Knights to do his wishes. King Drasil is extremely hateful towards humans or any Digimon that volunteers to help them, although his xenophobia can be assumed to have been caused by another xenophobe from the Real World, Akihiro Kurata. While possessing Spencer's body, his powers are, indeed, limited to skill and strength, but once he regains his original form, he is able to create vine-like limbs to attack his enemies. Also, Drasil protects his opinions no matter what, and is openly decided to begin the Digital World anew only to keep his point of view intact. However, Drasil is capable of changing his point of view after Marcus reasons with him, after he learns the truth about humans. He is by far the darkest incarnation of the many versions of Yggdrasil that exist throughout the countless parallel Digital Worlds, as others have been shown to be passive, indifferent or benevolent beings. 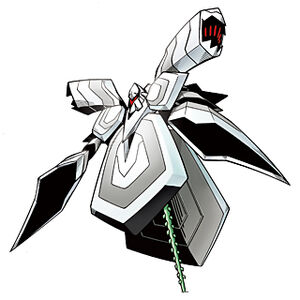 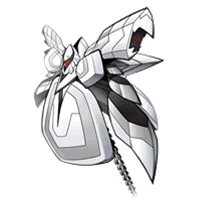 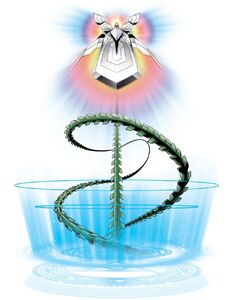 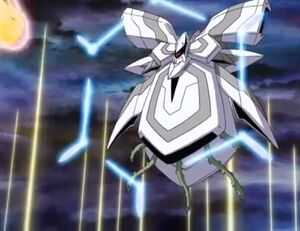 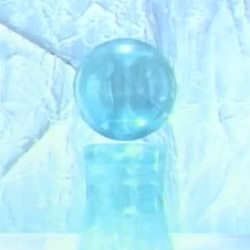