King Edward I of England

King Edward I of England

Waging wars of conquest in France and Scotland.

Expand his empire in Scotland by military conquest and bribery of the local nobles (initially succeeded, but ultimately failed).

Capture and kill William Wallace (succeeded).
Put an end to the rebellion against English rule in Scotland.
Ensure the continuation of his dynasty (all failed).

King Edward I of England is the main antagonist of the 1995 Mel Gibson-directed film, Braveheart. He was nicknamed "Longshanks" for his height over 6 feet. He was the twenty-fourth king of England.

He was portrayed by the late Patrick McGoohan.

He was depicted as a ruthless, tyrannical, psychopathic and magisterial control freak, willing to oppress Scotland to have total control over Great Britain. He was also shown to be emotionally and physically abusive to his son, Prince Edward, Prince of Wales, murdering his supposed lover in front of his eyes, beating him right after when the prince rebels and insulting him when he was crying on the ground.

He does not care about his own troops, seeing them as expendables and ordering his archers to fire at them when they fight the Scots. He is also a misogynist because he installs Primae Nocte on Scotland, allowing Scottish women to be raped by English nobles. The fact he smiles at Isabella during his proclamation of that rule shows he is sadistic.

But he is pragmatic enough to allow Isabella to be a member of his court since he has no other choice because she is much more fitted to rule than his son.

When Longshanks learns of William Wallace's rebellion, he orders to his son, Prince Edward, to stop Wallace by any means necessary. But, Wallace and his army out victorious at the Battle of Stirling and then sacks the city of York, killing Longshanks' nephew and sending his decapitated head to Longshanks.

Worried by the threat of the rebellion, Longshanks sends his daughter-in-law, Isabella of France to try to negotiate with Wallace, hoping that Wallace will kill her and thus draw her father, the French king, to declare war on Wallace. But Wallace refuses the bribe sent with Isabella by Longshanks. Then Longshanks prepares an army to invade Scotland and stop Wallace's rebellion once for all.

Warned of the coming invasion by Isabella, Wallace implores the Scottish nobility to take immediate action to counter the threat and take back the country. Leading the English army himself, Longshanks fights Wallace's army at the Battle of Falkirk where noblemen Lochlan and Mornay betray Wallace. The Scots then lose the battle, and Morrison and Campbell, two friends of Wallace, die at the battle.

Wallace then charges toward the departing Longshanks on horseback, to try to kill the king, but he is intercepted by one of the king's lancers, who turns out to be Robert the Bruce, a nobleman and friend of Wallace. Remorseful, Robert gets Wallace to safety before the English can capture him.

Longshanks later loses his voice as his health seriously deteriorates and dies in his bed at the end of the film. 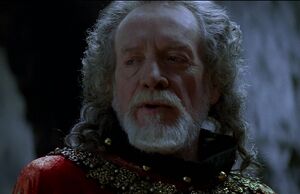 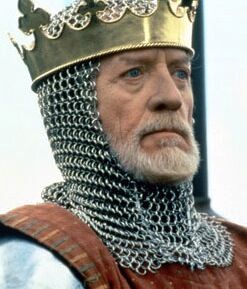