King of the Gittish Empire

Enslaving Celestrians for their magic.

Use Celestrians magic to fuel his power.

Find the Fyggs to achieve immortality and rule the world.

King Godwyn is the cruel king of the Gittish Empire and the source of the most part of the conflicts that took place during the main setting of Dragon Quest IX and in the past.

Prior to the events of the game, he had King Godfrey, the former ruler of the House of Gitt and also his father, killed. He then took control of the empire and ordered everyone at its service to capture all the Celestrians to gain possession of the mystical fruits that they kept in the Yggdrasil Tree: The Fyggs. He was killed by Greygnarl among with the Triumgorate and all of the soldiers of his empire. Almost all Celestrians that he kept prisoners were set free, with some exceptions.

During the events of the game, the evil king was brought back to life by the game's main antagonist together with his Empire and the Triumgorate and he resumed his search for the Fyggs, as well as planning his revenge. When he fell at the hands of the hero, he used the Fyggs' power to transform into a giant skeleton beast. The hero's mentor, Aquila, was killed while trying to protect him/her. The hero and Godwyn, in his monster form, engaged in one last battle in which the usurper king was defeated and slain. The game was far from over though because there remained some prisoners to be rescued in the castle's Oubliette... 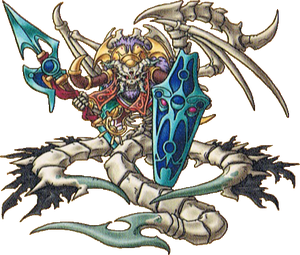 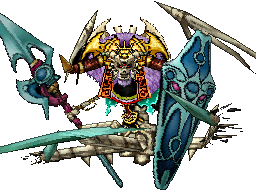 Godwyn in a Touhou parody video 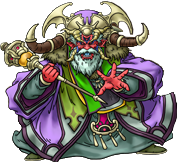 King Godfrey, King Godwyn's father, murdered by him.
Add a photo to this gallery

Retrieved from "https://villains.fandom.com/wiki/King_Godwyn?oldid=3186049"
Community content is available under CC-BY-SA unless otherwise noted.