When he is corrupted, he is an enlarged, green cabbage plant and much less humanoid than his normal form. His cabbage-like body seems to be much bigger than his regular head as he can seal for his protection. He has purple eyes and is outlining due to the ooze that flows through him. He wears a small crown with a circular-shaped jewel in it.

When the water turned him back to his normal self, he seemed much smaller than his corrupted form. He still retains his cabbage-like appearance, but the colors are light-green. He has white eyes, black pupils, dark green eyebrows, short light-green mustache and short green cabbage-like hair. He wears a cabbage outfit that has a collar and a small black necklace. He also has short cabbage-like arms and walks in four legs.

In his corrupted form, he wasn't thinking clearly at all due to the corrupted ooze that affected him. He is a tyrannical, corrupted king that served any inhabitants to The Mawgu by drinking the ooze from the river. He is very loyal to his tribes of Florians and commanded them as they are told to. Although when The Chosen One arrives, he is very arrogant to them as he wanted to defeat them and prevent them from releasing the water from the dam.

As The Mawgu turned Volcano Island into an oozing wasteland, he corrupted King Gorge and turned him into a monstrous plant. He built a dam in a river that prevents the water flowing through the Florain's village. With the river stopped flowing, the water was turned to an ooze and many inhabitants have turned corrupted and arrogant including the king. He enslaved Florians as his tribes and kidnapped The Queen of the Myrmec. They took her tribes including the queen to their ooze mine, so The Chosen Ones would have to rescue the queen from his tribes. Danny Phantom defeated his tribes including his sergeant and rescued her from being trapped in a glass cage. The queen told The Chosen Ones a story about how King Gorge was corrupted and controlled by an ooze from The Mawgu. The queen plans her tribe to open the dam, while The Chosen Ones defeats him.

Meanwhile, her commando bugs took The Chosen Ones to see King Gorge as he is corrupted by an ooze. The Chosen Ones would need to defeat him by punching his lianas, in order to open his protective leafy, cabbage plant. Once, it is open they will have to defeat him. As they continued the fight, her tribes started to open the dam to start releasing the water. His head was even shrinking as some of the ooze disappeared due to the water. The dam was finally destroyed and King Gorge was back to normal self as his corrupted, monstrous plant was gone. King Gorge thanked The Chosen Ones and warns that The Mawgu has corrupted every inhabitants of the island He later gives them a microwave, so The Chosen Ones can finish the Rip-Zipper and defeat Mawgu. 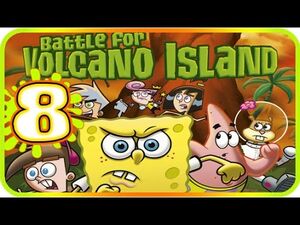 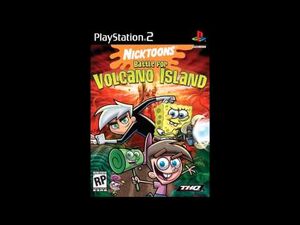