Authority as the king of a poor village.

King Jellybean is the main villain in the Rick and Morty episode "Meeseeks and Destroy". He is a giant anthropomorphic jelly bean. It was later revealed that he was the king of a poor medieval serf village that Rick and Morty agreed to help. He is seen wearing a gold crown and a pink cape with a green amulet in the center.

He was voiced by Tom Kenny, who also played Heffer in Rocko's Modern Life , Dog in CatDog, SpongeBob SquarePants, Gary the Snail, Patchy the Pirate and the French Narrator in SpongeBob SquarePants, Chester in Kids Next Door and The Mayor and The Narrator in The Powerpuff Girls, Scoutmaster Lumpus, Slinkman and a Weasel in Camp Lazlo, Commander Peepers in Wander Over Yonder and The Ice King from Adventure Time.

At some point in his life, King Jellybean became the ruler over an impoverished village in another dimension. While he was adored and respected by the people, they were unaware that he secretly was molesting boys from the same village. King Jellybean would continue this hideous streak until he was killed by Rick Sanchez after he deduced that he was trying to sexually assault Morty when they were at a bar (Rick sees Morty emerge from the bathroom disheveled and tearful, with Mr. Jellybean emerging moments later).

King Jellybean makes his first appearance halfway past in the episode after Rick Sanchez and Morty Smith go to a tavern called the Thirsty Step. King Jellybean is seen when Morty encounters him in the bathroom after getting fed up with Rick's negative attitude on their adventure. Mr. Jellybean asks Morty about his adventure before attempting to rape him. Morty fends him off and severely injures him (by slamming his head in with the toilet seat multiple times) but is visibly shaken afterwards. Rick decides to start enjoying himself and takes part in karaoke and wins several hands of cards, giving him a sizable amount of money.

Morty leaves the bathroom and Rick apologizes for his negative attitude, but Morty begs Rick to go home, admitting to losing the bet. Rick pieces together of what happened when he sees the bruised Mr. Jellybean leave the bathroom and tells Morty the adventure isn't a failure, and persuades him to get a ride down to the village and share his winnings with the townspeople. Morty cheers up, and the two leave.

After sharing their remaining money with the villages, Rick congratulates Morty on their adventure being a success and agrees that Morty has won the bet. The villagers then ask Rick and Morty to meet their king, who turns out to be Mr. Jellybean. Morty quickly convinces Rick to open a portal to leave. The duo are gone briefly before Rick's hand re-emerges from the portal with a laser gun, shooting and killing Mr. Jellybean as retribution (he explodes after being hit by the laser beam, traumatizing the villagers) for his action on Morty.

In a post credits scene, two of the villagers find a box of photographs showing the true nature of Mr. Jellybean, but they burn it to keep the king's legacy untainted. The episode ends with a shot of his statue of his with his arms around a small child (implying his evil nature).

At first, he appears to be a kind and friendly individual. However, this just a ruse, which he uses to lure in his victims, which hides his true nature. Because he is a child molester, owns child pornography, and tried to rape Morty, King Jellybean is a perverted and twisted individual. He is assumed to have raped many boys because his memorial statue depicts him standing behind a child, massaging their shoulders.

It is also shown that his royal servants found pictures in his home incriminating him. They were very disgusted however, they decided to dispose of this evidence to keep his image good in the eyes of his people (rather than reveal that he was actually a horrible and dangerous individual). He seems to prefer children around Morty's age given the references of his statue and sexually assaulting Morty. 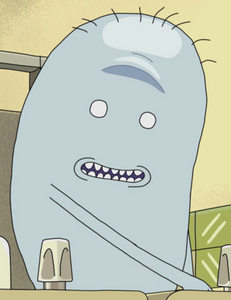 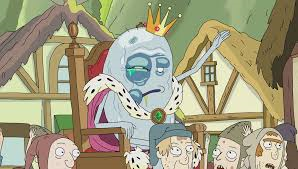 King Jellybean after getting injured by Morty 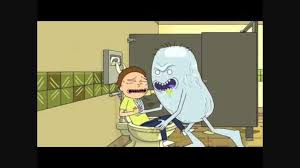 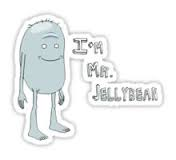 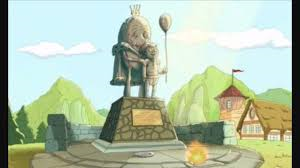 Statue of King Jellybean
Add a photo to this gallery 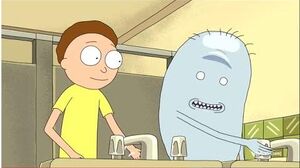 Morty and Mr.Jelly Bean (all scenes)
Add a photo to this gallery

Retrieved from "https://villains.fandom.com/wiki/King_Jellybean?oldid=3773752"
Community content is available under CC-BY-SA unless otherwise noted.