King Kaliente is fought as a boss in the Good Egg Galaxy and Bowser Jr.'s Lava Reactor. He resides in lava and has a crown, a pair of blue eyes and a white moustache. King Kaliente uses fireballs as his primary choice of attack. He can also shoot coconuts, summon bouncing blue Lava Bubbles, and release meteors from the sky. King Kaliente must be damaged by his deflected coconuts. Three direct hits instantly defeats King Kaliente.

King Kaliente returns in the sequel Super Mario Galaxy 2 as a boss along with other bosses from the previous game. He is the second boss encountered and fought in Boss Blitz Galaxy. 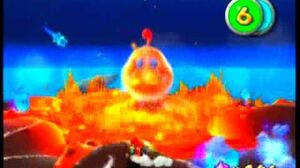 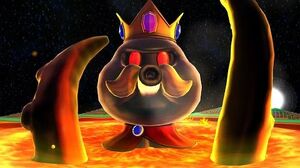 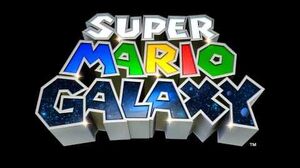