Being the concentrated evil that use to live within Kami before the separation, Piccolo Daimao is a very cold, ruthless, manipulative, oppressive and power-hungry tyrant. Whenever he is inflicting pain on an opponent, or watching one of his subordinates attack someone else, he always smiles and/or laughs. Because of how he revels in other's suffering and his desire to spread chaos as much as possible, he shows that he has complete agency over his actions despite being born evil.

Despite being evil and cruel, he seems to care about his children. Showing vengeance against Goku about Tambourine and Cymbal's deaths, and saving Drum after Tien accidentally seals him while using the Evil Containment Wave though he might merely see them as his extension rather than having any actual care for them. King Piccolo was also a careful planner. Despite thinking that Goku wasn't that much of a threat to him, he checked his pulse to make sure he was dead. His only mistake was not ensuring that Goku was actually dead.

With Kami taking his place as Guardian of Earth, Piccolo sets loose and spreads chaos around the world, starting his reign of terror. With no one capable of matching his powers, humanity was left helpless against the demon lord, until one day, Master Mutaito, Roshi and Tsurusen'in's master, decided to challenge Piccolo. Unable to fight against him, Mutaito uses the forbidden technique called "Mafuba", which seals Piccolo inside of a rice cooker, at the cost of Mutaito's own life. The cooker is thrown away to the depths of the sea, never to be seen again. After seeing Mutaito's sacrifice, Kami creates the Dragon Balls to give hope to mankind.

Centuries later, the cooker is found and opened by Pilaf, who releases Piccolo Daimao, expecting to gain his own kingdom after Piccolo conquers the world. Piccolo (fearful of the forbidden Mafuba wave) sends his spawn Tambourine to search and kill all martial arts masters in the world, so that no one could ever imprison him again.

When introduced, he is very aged, which affects his powers. Because of this, he is searching for the Dragon Balls to get the dragon to grant him youth. However, the fact that Son Goku is collecting the Dragon Balls gets in his way. After Yajirobe kills Piccolo's latest creation Cymbal, the Namekian orders Tambourine to fight him. But as Tambourine is also killed, Piccolo decides to fight Goku personally, easily defeating him despite his old state and leaving him apparently dead, though Goku survives and is saved by Yajirobe. Piccolo then takes Goku's Dragon Ball and goes after the remaining ones, being confronted by Muten Roshi, who gathered the remaining Dragon Balls to lure him. Roshi attempts to use the Mafuba wave but fails, dying shortly after. As Piccolo summons Shenlong, Chaozu attempts to make a wish to stop Piccolo, but Piccolo quickly blasts and kills him before he can complete his wish. Piccolo finally makes his wish for eternal youth. But before Shenlong leaves, he blasts and kills the eternal dragon, preventing anybody else from making a wish on the Dragon Balls. Shortly after he dumps Pilaf away, setting off to spread chaos all over again. Tenshinhan, who watched the entire scene, decides to train to learn the Mafuba wave to stop Piccolo.

In the live-action movie, Piccolo Daimao, known as just Piccolo, is an evil alien who wants revenge on the Earth, and to prevent Goku and company from stopping the arrival of his faithful and powerful servant Oozaru by keeping them away from the Dragon Balls. In the movie, he kills "grandpa" Son Gohan by collapsing the building. In the end, he is defeated by Goku, but is revealed at the end of the film to survive.

Little similarities can be seen between the anime/manga and the movie. If anything, this version of Piccolo is even viler than his anime counterpart; mainly because he lacks any regard for his minions while the anime version at least cared about his children.

He is portrayed by James Marsters, who also played Spike in Buffy the Vampire Slayer and its spinoff series Angel, Brainiac in Smallville, Zamasu in the English dub of Dragon Ball Super, Faro Argyus in Star Wars: The Clone Wars and Jonah in Marvel's Runaways.

At the time he appeared, Piccolo Daimao was the most powerful villain Goku had faced, easily defeating the boy. Piccolo displays abilities common to most Dragon Ball characters, including super strength, super speed (so fast that he appears invisible to normal humans), energy blasts, and super durability (being completely unaffected by Goku's Kamehameha, which was stronger than Roshi's, who at one point destroyed the moon while using his full power). However, he also has abilities unique to his Namekian physiology, such as regeneration and the ability to stretch his arms several yards.

Piccolo's energy blasts are at least strong enough to destroy moons, as the much weaker (at the time) Muten Roshi was able to destroy Earth's moon. Piccolo can also seemingly materialize objects from thin air. 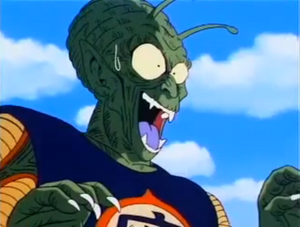 Piccolo Daimao realizing that Goku cannot use the Mafuba. 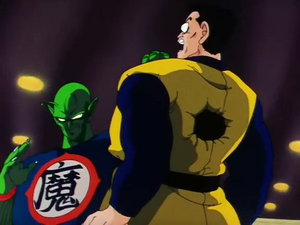 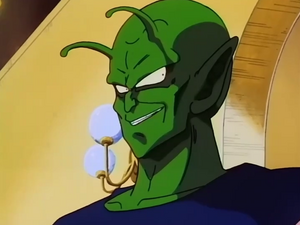 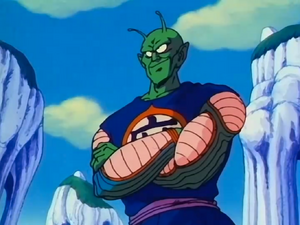 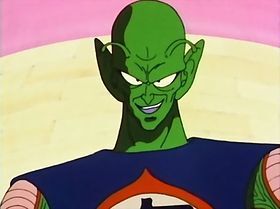 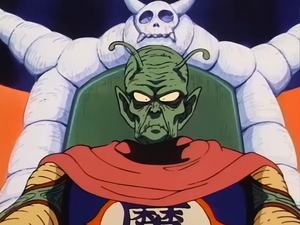 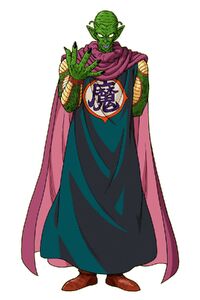 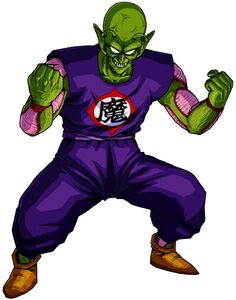 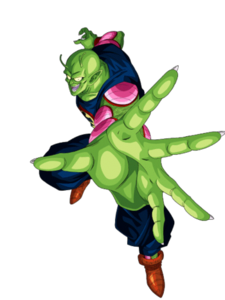 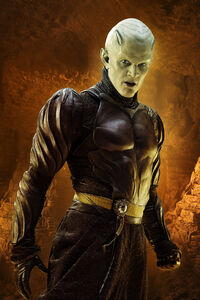 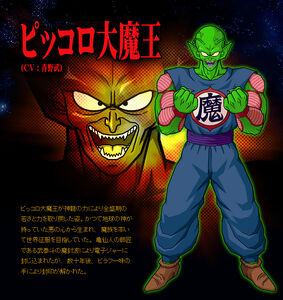 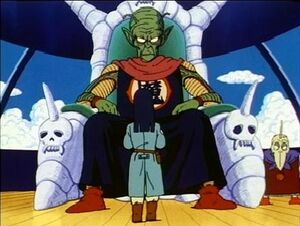 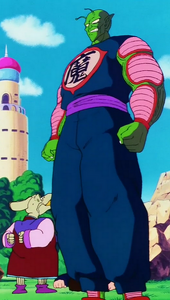 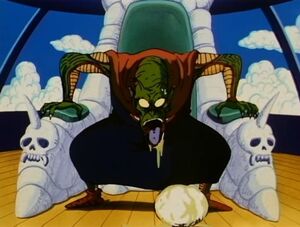 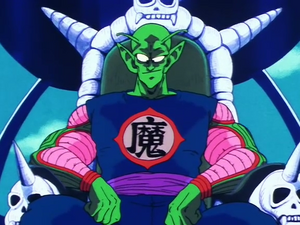 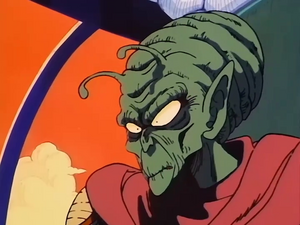 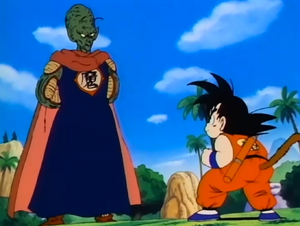 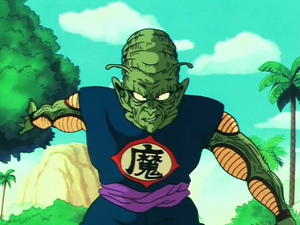 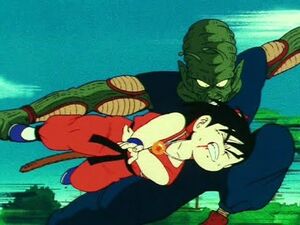 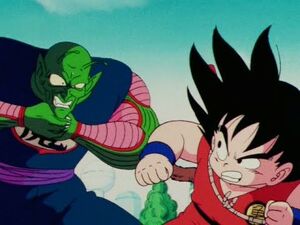 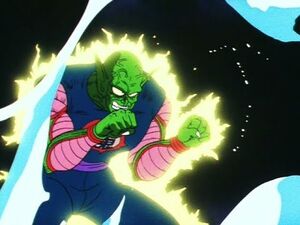