Villains Wiki
Register
Don't have an account?
Sign In
Advertisement
in: Evil from the Past, Courage the Cowardly Dog Villains, Noncorporeal,
and 34 more
English

The man in gauze

Resting in his tomb with his slab forever.

Recover his slab and bring it back to Egypt (succeeded).

King Ramses is the ghost of an ancient Egyptian Pharaoh and the main antagonist of the episode "King Ramses' Curse" of Courage the Cowardly Dog. He brings about three plagues on the Bagge family in order to retrieve an ancient slab that was stolen from his tomb. Eustace, realizing that the stone tablet is worth a huge amount of cash, refuses to give it back despite being plagued by the mummy's curse.

He was voiced by the series' creator John R. Dilworth.

King Ramses is the mummy of an Egyptian pharaoh whose soul is disturbed when a stone tablet is looted from his tomb. He first confronts the two greedy grave robbers who hid the slab next to the Bagges' water pump, sending a swarm of locusts to devour them. When Courage finds the relic, Eustace is initially uninterested, but immediately clings to the slab when he realizes it's worth a million dollars. King Ramses visits the farm and demands that the slab be returned.

Even after being warned of suffering the mummy's curse and the insistence of his wife Muriel to give it back, Eustace refuses telling Ramses that he must give him milion dollars in order to get it back. King Ramses then bestowed three plagues upon the Bagge family, each worse than the last: a flood, loud repetitive music blasting from a phonograph, and a swarm of very hungry locusts. In the midst of the third plague, Eustace finally relents, but changes his mind quickly and claims the slab again.

King Ramses appears to have one more curse in mind and finally returns to his tomb, taking both the slab and Eustace with him, though as always, Eustace inexplicably returns unscathed in the next episode. 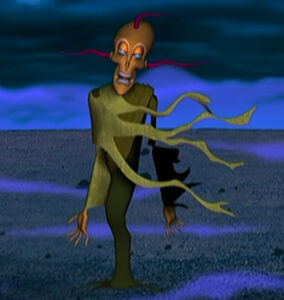 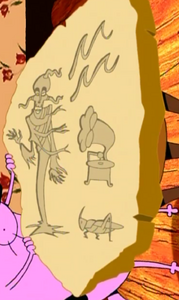 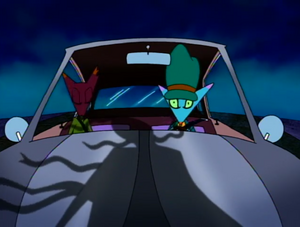 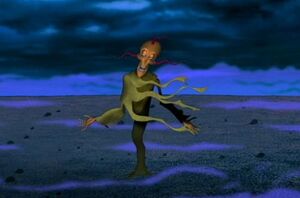 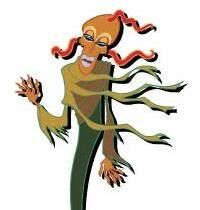 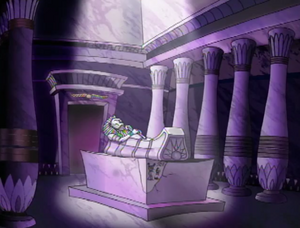