King Tut is the name of three villains in the DC Universe. The first two being Batman villains.

The first is William McElroy, a former college professor named William McElroy who believed that he was the reincarnation of King Tut. He has encountered Batman multiple times. In his speeches he usually uses history of Egypt. Tut was originally from the Batman 1960s series, but later adapted to the mainstream DC universe. In the original 1960s series, He was portrayed by Victor Buono. He first appeared in The Curse of Tut (April 13, 1966) and was created by Earl Barret, the late Robert C. Dennis, and the late Charles R. Rondeau.

The second is Victor Goodman, a criminal Egyptologist who targets and murders wealthy citizens, and leaves Egyptian-themed riddles. Batman teams up with the Riddler, who does not appreciate his modus operandi being stolen, and agrees to help to stop Goodman. In the DC Rebirth, he is a villain of Harley Quinn. He first appeared in Batman Confidential #26 (April 2009) and was created by Nunzio DeFilippis and Christina Weir.

The third is Regis Tuttle, a car salesman in Smallville and Jimmy Olsen's villain. He used what he thought was ancient Egyptian magic to put a spell on the townspeople in order to get them to buy cars from him. He first appeared in Bizarro #1 (August, 2015) and was created by Heath Corson and Gustavo Duarte. 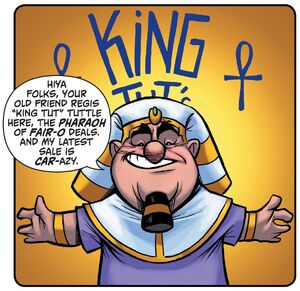 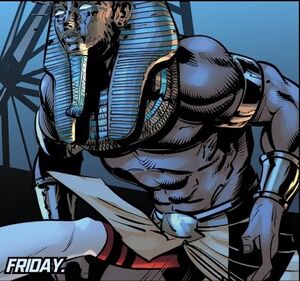 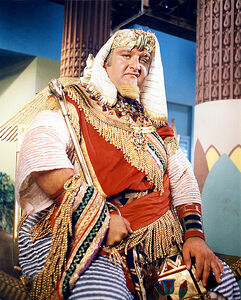 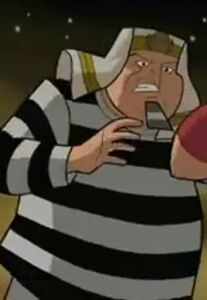 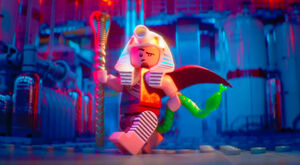 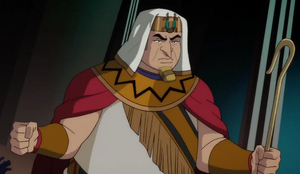 Retrieved from "https://villains.fandom.com/wiki/King_Tut_(DC)?oldid=3806121"
Community content is available under CC-BY-SA unless otherwise noted.