Craig of the Creek

King of The Other Side

Defeat Craig, Kelsey and JP and Take over the Creek (ongoing).

Tyrannical Monarch
King Xavier is the main antagonist of the Cartoon Network original series Craig of the Creek.

He is voiced by Charles DeWayne.

Before the events of Craig of the Creek, Xavier met Omar and Maya when he was stuck up in a tree as they became friends before leaving to see his sister Cheyenne (The former King of the Other Side),

However, when Omar and Maya where hanging out with him, Cheyenne comes to talk to Xavier alone explaining to him to due to her going to High School, she has to let him be responsible enough as a king and pick a trustible bff like how she has a bff named Randy. Afterwards, he has both of his friends Omar and Maya battle each other/

Craig of the Creek

In "The Other Side", the Honeysuckle Rangers stole Craig's map and took it to The Other Side of the Creek. Craig, JP, and Kelsey followed them to The Other Side of the Creek, where they were eventually caught and taken as prisoners to The King. Maya led them to The King's castle, where he was shown giving some basketballs to a kid who lost them. When The Honeysuckles came up and presented him with the stolen map of information, hoping that he would like it enough to become best friends with them. King Xavier was amazed by what he saw and quickly and bluntly thanked them for presenting him with the map and then told them to be on their way, without granting them a well-deserved friendship. One of the Honeysuckles, (Shawn) got mad and told King Xavier that he was being a selfish jerk for taking what he wanted and not giving him and the other Honeysuckle (Raj) anything in return. Quietly angered, King Xavier told Shawn that he did lots of great things for his kingdom and that he should be thanking him. Shawn apologized for disrespecting him and so did Raj. However, they were secretly letting Craig, JP, and Kelsey escape. King Xavier forgave Shawn and Raj but he warned them that if they ever disrespected him again, he'd drop them in the maze. Just then, Craig escaped and threw a protractor at the net full of balls above King Xavier, causing them all to rain down on him. Craig snatched the map and ran off with it but not without the cost of Maya destroying Kelsey's sword. After Craig, JP, and Kelsey escaped. King Xavier told Maya that they weren't done with Craig of the Creek and they'd have to keep an eye out for him the next time they saw him. In another episode, Craig joins the King's birthday parade, and King Xavier caches him and throws Craig, Kelsy, JP and Craig's Cousin in a maze. In the future, King Xavier could take over the creek. 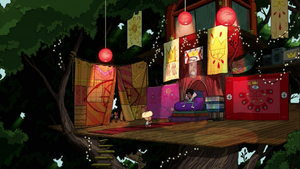 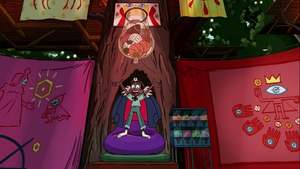 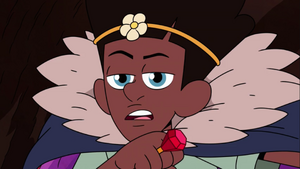 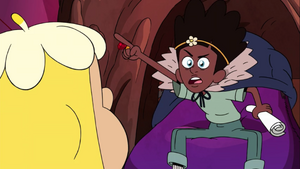 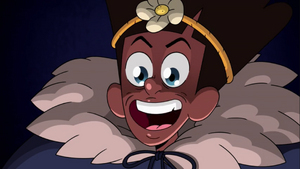 King Xavier creepily threatening both Shawn & Raj that he'll drop them in the Maze if they disrespected him again. 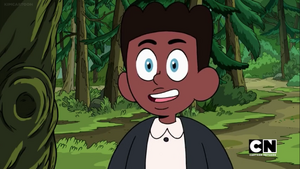 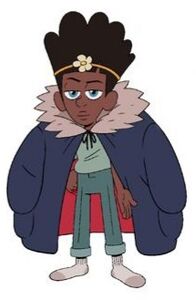 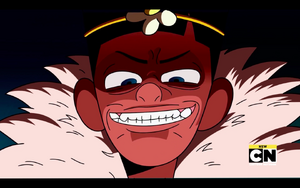 King Xavier’s evil grin as after his people have spoken to send them to the maze as punishment for sneaking in their territory. 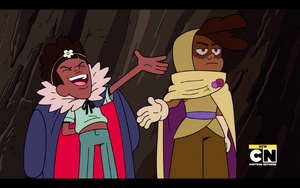 King Xavier's evil laugh as he sends Craig, Bryson, JP, and Kelsey into his maze as punishment for sneaking in there territory.
Add a photo to this gallery

Retrieved from "https://villains.fandom.com/wiki/King_Xavier?oldid=4326959"
Community content is available under CC-BY-SA unless otherwise noted.