To rule over Wonderland forever.

The King of Hearts (real name: Winston Heart) is the refined but unhappy king who resides in the Happy Hearts Casino with his wife, the Queen of Hearts, as they both ruled the futuristic Wonderland. He is the (former) main antagonist in the 2009 Syfy Channel TV mini series, Alice.

He was portrayed by Colm Meaney, who also portrayed Captain Myles Standish in Free Birds.

Winston and his wife Mary, later calling themselves the King and Queen of Hearts, began their rise to power 150 years ago when they and their followers waged war with the legendary Red King and his elected Council within the once-glorious city known as the Kingdom of the Knights.

After the Hearts' victory over the Red King, the King and the Queen then decided create "Tea" (alchemical elixers of positive feelings) by extracting the "Pearls" (positive emotions) of "Oysters" (kidnapped humans from Earth) with the help of their court soldiers known as Suits in order to have all their subjects in Wonderland under control.

When the Suits led by the Mad March android captured Hamilton and taken her to the Happy Hearts Casino's throne room, both the King and the Queen demanded to know where the Stone of Wonderland is. Alice still telling them she does not know where it is. Before confining Alice Hamilton to the casino's Truth Room for further interrogation, Alice see Jack Chase at the throne room, who is revealed to be Jack Frederick Heart, the Prince of Hearts.

The King of Hearts 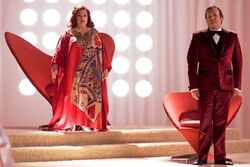 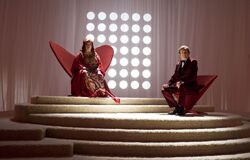 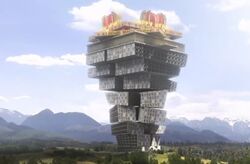 Winston Heart
Add a photo to this gallery
Retrieved from "https://villains.fandom.com/wiki/King_of_Hearts_(Alice)?oldid=3454079"
Community content is available under CC-BY-SA unless otherwise noted.