NOTE: This article is about the incarnation of Kingpin from the 2003 film. The mainstream version can be found here: Kingpin.

Wilson Fisk, also known as the Kingpin, is the main antagonist of the 2003 superhero film Daredevil.

He is a powerful and ruthless crime lord known as the Kingpin and is the head of Fisk Corp and is responsible for the death of Matt Murdock's father as well he is Daredevil's archenemy.

He was portrayed by the late Michael Clarke Duncan, who also played Lieutenant Attar in the 2001 film The Planet of The Apes.

Wilson Fisk is a powerful crime lord known as the Kingpin who is the murderer of Matt's father. The Kingpin hires Bullseye to kill Nikolas Natchios after Natchois attempts to leave his organization, attempting to frame Natchois as the Kingpin in the process by leaving a fake paper trail. Though Bullseye is successful, Fisk also wants Natchios' family killed and hires Bullseye to kill Natchois' daughter Elektra, although Bullseye also states an interest in killing Daredevil for free after the hero made him miss a target.

After he supposedly kills Elektra, Bullseye is defeated by Daredevil after he reveals during the fight that Fisk is really the Kingpin, unknowingly revealing his role in Murdock's father's death as well. Having learned of his assassin's failure, the Kingpin is prepared for the subsequent confrontation with Daredevil.

Severely beating the hero, expressing regret that Daredevil came to injured rather than fighting him in his prime, before he unmasks him, learning that Daredevil is Matt Murdock, whom he met Fisk prior to Nicholas Natchios' death. Daredevil nevertheless manages to trigger the sprinkler system in Fisk's office, thus allowing him to better "see" his opponent. Daredevil then breaks Fisk's legs but refuses to kill him despite having the opportunity, having realized that he is "not the bad guy" and thus has no right to kill his enemies.

Daredevil leaves the Kingpin for the police and Fisk threatened to tell everyone who Daredevil really was, until the lawyer pointed out that revealing to his prison inmates that he had been beaten by a blind man was the equivalent of suicide. Nevertheless, the Kingpin swears that he will eventually get out of prison and kill Daredevil, with the hero simply responding that he will be waiting. 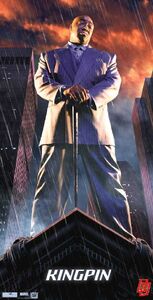 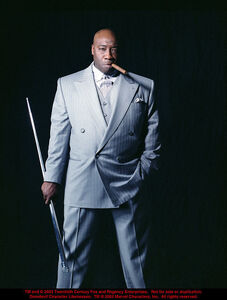 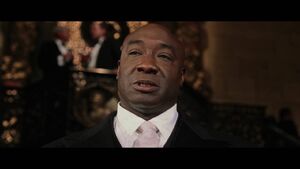 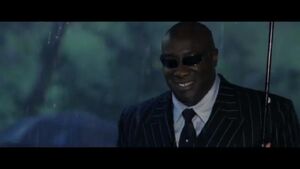 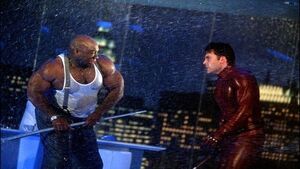