Umineko When They Cry

Head of the Ushiromiya Family

Delusional Abuser
Kinzo Ushiromiya is a villain from Umineko no Naku Koro ni. He is the elderly head of the Ushiromiya family and the owner of Rokkenjima. Kinzo is already deceased before the start of the franchise's story, having succumbed to a long-time drinking habit, although his eldest son Krauss, his wife Natsuhi, his personal physician Dr. Terumasa Nanjo, and all of the mansion's servants (excluding Toshiro Gohda) maintain his illusion at the family conference that he is still alive, albeit with a three-month life expectancy. Even though he has that many months to live, he is brimming with energy.

He never actually made any announcements about his inheritance despite amassing a vast fortune in the past, which worries his children. He is strongly influenced by the West and is a rabid fan of the occult. His study is, in fact, packed with mysterious grimoires.

He is voiced by Mugihito and Daisuke Ono as a young.

He is a self-taught human sorcerer. His natural talent and knowledge are nothing special, but when his nearly insane concentration and dedication were transformed into magical power, he awakened as a great sorcerer. His power is at least great enough that he was able to summon Beatrice and form a contract with her. Though his power is great, it is also extremely limited. He can't even use enough magic to reheat his black tea, but it is possible for him to summon demons that can use enough magic to boil the sea, so perhaps it's fitting to call him a summoner.

Kinzo seems to be rather insane, saying that "jumping out into the rainy sky on a mad night is nothing more than a bit of fun to go with a drink". His insanity and obsession with the occult, however, is actually the result of him losing Beatrice twice and being intrested in the occult so he could find a way to bring his daughter back and apologize to her for pushing his love onto her and raping her.

He seems to dislike his children and their desire for money because he knows that all they are after is his money and that they are nothing but vultures. 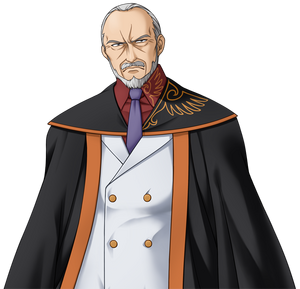 Rose
Add a photo to this gallery

Retrieved from "https://villains.fandom.com/wiki/Kinzo_Ushiromiya?oldid=4230495"
Community content is available under CC-BY-SA unless otherwise noted.