Heiress of the Hundred Devouring Families

Enforcing her rules upon the school.
Gambling against students.

Retire from the position of Student Council President
Keep her status in the Hundred Devouring Family (both succeeded).

Kirari Momobami is the main antagonist of Kakegurui, particularly serving as the main enemy in its first arc as well as the first season of its anime adapation. She is the 105th student council president at Hyakkaou Private Academy. She is also the one responsible for the current hierarchy at the academy, making her the archenemy of Yumeko Jabami.

In the anime, she is voiced by Miyuki Sawashiro in Japanese version, and by Michelle Ruff in Netflix English dub, both of whom also voiced the Ririka Momobami. In the live-action drama version, she is portrayed by Elaiza Ikeda, but she only made her full appearance in the upcoming movie sequel of the drama. Her face is obscured in the first season of the drama. In Sentai English dub, she is voiced by Olivia Swasey.

Kirari Momobami is the Student Council President of Hyakkaou Private Academy and the head of the Momobami clan (百喰一族 Momobami-ichizoku). She had defeated the former student council president in a high-stakes game two years prior to the story. She has long platinum hair styled as two braided pigtail shaped in loops and wears blue lipstick.

Upon taking office, Kirari created the hierarchy that turns the students with the largest debts into house pets. She comes to have an increasingly great deal of interest, respect and admiration for Yumeko with every victory she obtains.

With a facade of a refined and proper lady, Kirari is in truth a calculating, twisted, self-centered, manipulative, and psychopathic sadist at the core. Kirari is complete narcissist who belittles everyone besides her, believing everyone is to play by her terms alone. Her gambling skills are so outlandish and her own personality is so imposing that nobody dares to go after her, specially head on. Even those who do find themselves regretting dearly. Everyone even treats Yumeko's idea of playing against her as complete madness.

Being the creator of the academy's infamous pet system, Kirari purportedly encourages mistreatment, bullying and sub-human conditions on other students, being responsible for the entire series' bad events that Yumeko decided to topple. During the progress, she reveals a sadistic side to her as well.

Kirari imposes life plans or other tormenting punishment upon losers with little regard for anything other than herself. In the meantime, she seems to relish on imposing fear on others and make their lives as miserable as possible. She attempts to gain anything from it, from mere amusement to financial or political benefit. She sees the academy her aquarium and enjoys observing how people act, when they are at their lowest and have to fight for the top. 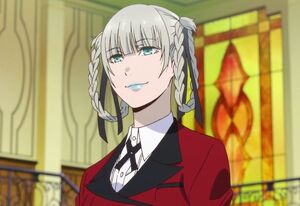 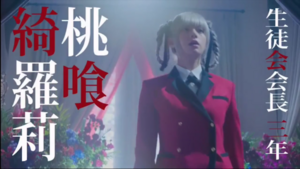 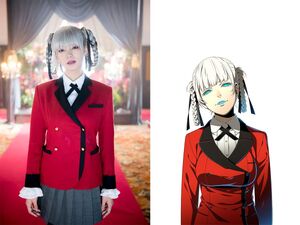 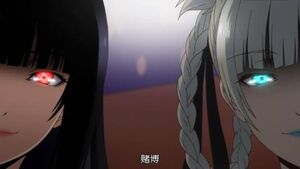 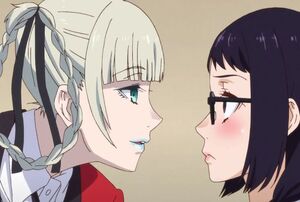 Kirari promoting Sayaka to the role of the secretary of the student council. 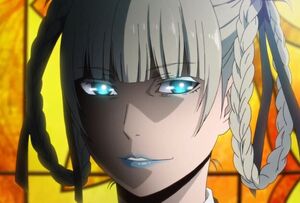 Kirari's excitement to take risk before a gambling match and evil stare.

Kirari jumping off the roof to rescue Sayaka.