Get revenge on Batman and the Riddler for his sons death (abandoned).

Charles (Chuck) Brown as a kid always had a strange fascination with kites. As he got older, he converted kites into the form of hang gliders and acquired a special helmet. He used his crimes to commit various robberies which attracted the attention of Batman and Robin. He was eventually stopped by Batman and sent to jail. That didn't stop him though not only did he collide with Batman again but also with Hawkman and Hawkwoman. Later he along with other Gotham City crime bosses were captured by Bruno Mannheim and refused to join Intergang. Bruno then killed him.

Charles Brown was eventually revived during DC Rebirth and was confronted by Batman during The War of Jokes and Riddles arc. Batman persuaded Charles to become his informant while working for the Joker as the clown's forces battled with Riddler's for the right to kill the Dark Knight. However, Riddler discovered Batman's plot and laced poison on the string of a kite belonging to Charles' son, killing him. Charles blamed Riddler and Batman for his son's death and decided to join the Joker for real as Kite-Man to get his revenge against them both. But as the war raged on, Batman convinced Charles to help capture Riddler's forces using special kites that sent them up to the Bat-Blimp.

Years later, Kite-Man is still committing crimes in Gotham City but is eventually apprehended by the crimefighter Gotham Girl.

In this show it is revealed that Plastic Man used to be a part of his gang but testified against him after he fell into some chemicals and became Plastic Man.

Kite Man makes a few cameos in some episodes until the episode Long Arms of the Law where he hires Rubberneck to distract Plastic Man long enough so Chuck can gain a small piece of him which he needs to power a special ray which can turn things into solid or into the same rubbery state as Plastic Man. He lures Plastic Man by kidnapping his family.

When Plastic Man surrenders he tells him that he was always inspired by Ben Franklin and tried to recreate his famous experiment but didn't use proper safety and got electrocuted. He then crossed the Moral Event Horizon when he tried to not only kill him but his whole family by tying them to a giant kite and held it out during an electric storm. However, Batman and Plastic Man fought him and Rubberneck. During the fight he got plastic powers and got wrapped around Rubberneck. Chuck and Rubber were then turned to stone and Plastic Man managed to save his family in time. 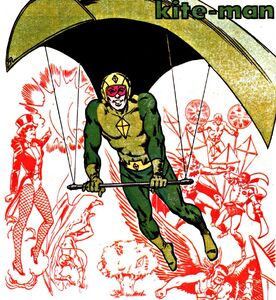 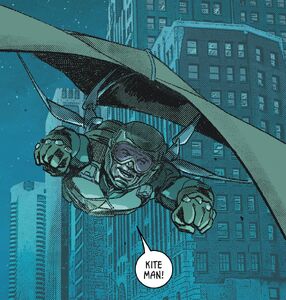 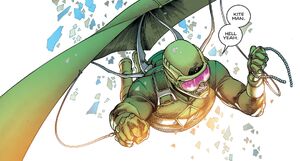 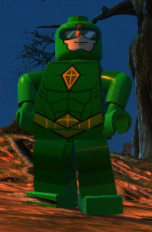 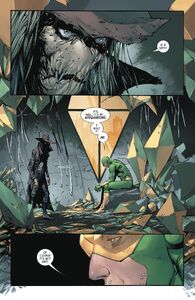 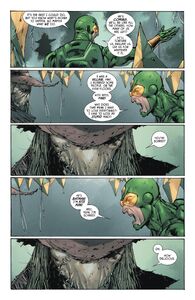 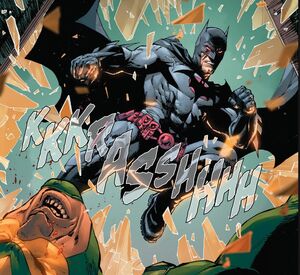 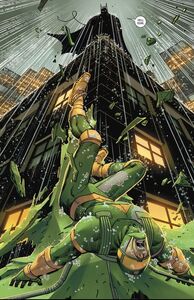 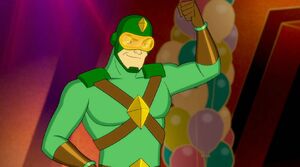 Retrieved from "https://villains.fandom.com/wiki/Kite_Man?oldid=3453206"
Community content is available under CC-BY-SA unless otherwise noted.