Possibly kill everything he sees (failed).

Klayton is the titular main antagonist of Klay World: KLAYTON. He is a robot that was created, but goes on a rampage by going into Klay World and starts killing everyone it sees.

He is the same size as a normal Klayman, but grey instead of blue and has electronic components on his body.

Klayton's creator's motives for creating him for reasons remain unknown, but it was presumably for an unknown project.

After the creator succeeded in creating Klayton and tries to roll his r's, he activated Klayton. However, the creator's assistant, Jonathan tries to shake hands with the robot, but Klayton rips his arm off and punched Jonathan in half. Klayton then goes into Klay World and starts killing people.

Klayton kills at least four Klaymen and is gunned down by a police officer. The creator goes and leans over to Klayton said was the world not ready or if Klayton was not ready for the world. 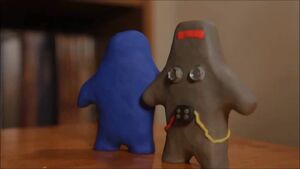 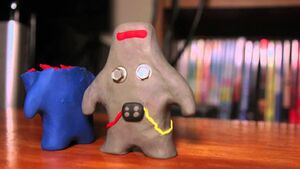 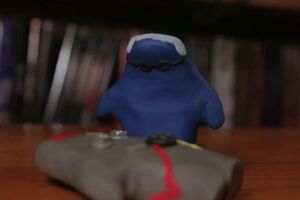 Klayton's death
Add a photo to this gallery 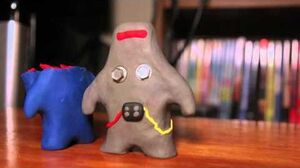 Klay World KLAYTON
Add a photo to this gallery

Retrieved from "https://villains.fandom.com/wiki/Klayton?oldid=3440267"
Community content is available under CC-BY-SA unless otherwise noted.