Using his mace ball as a weapon.

Knight Man is a Robot Master and a minor antagonist in Mega Man 6.

As his name suggests, Knight Man's design is based on medieval knights. He was created specifically for combat purposes, being a strong attacker with good defenses, although with low mobility due to his weight. He supposedly defeated one thousand robots, and has a very honorable nature. In the game, he resides in a large castle.

His special weapon is the Knight Crusher, which is a mace ball with a long chain that can attack opponents from long distances. When Mega Man uses it, it instead shoots out the spiked ball which can be fired in multiple directions. After being shot, it returns to Mega Man. In addition, Knight Man also wields a shield in battle that protects him from almost every attack. Because of this, Mega Man can only be able to damage when whenever Knight Man attacks.

Because of its ability to pierce through his shield and armor, Knight Man's weakness is the Yamato Spear. His defeat grants Mega Man the Knight Crusher.

Knight Man appears as a is one of the mini boss Robot Masters, fought in the Event stage of Phase 3 as an assist for Bass and in Phase 4 as an assist for Apollo. He can also be recruited to the player's team.

Knight Man appears in Super Smash Bros. Ultimate as an novice-ranked primary shield-type spirit. His spirit battle is a stamina battle in the throne room portion of the Castle Siege stage against a metal Simon that favors smash attacks. 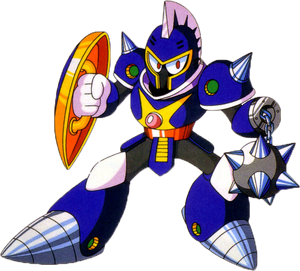 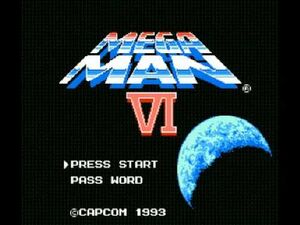