Knightmon is a minor villain in Digimon Adventures 02, Digimon Frontier, and Digimon Data Squad. In Adventures, he was created by Arukenimon to destroy a Destiny Stone. In Frontier a small army of Knightmon served Crusadermon.

Knightmon are Ultimate Level Digimon that are about the same size as an adult. They wear silver armor and carry 3 swords and a shield.

The first Knightmon that appeared was an unliving creature born from Control Spires by Daemon to destroy a Destiny Stone. However it was confronted by the DigiDestined and had to fight against them. During the battle it was able to defeat Ankylomon and Pegasusmon but then BlackWarGreymon appeared and easily destroyed it.

In Digimon Tamers a Knightmon was spotted in a castle. Though he didn't fight with the DigiDestined, Ryo warned them that even though he's harmless, he will attack anyone who threatens the castle he guards.

Many Knightmon served under Crusadermon, and when the Royal Knights were destroying the Earth Terminal, and later the Forest Kingdom where Seraphimon's castle was located. A few of them fell into the void that had once been the Earth Terminal and it is implied they died. Though they gave MagnaGarurumon & Gotsumon trouble, the Knightmon were destroyed by the newly Digivolved Meteormon. 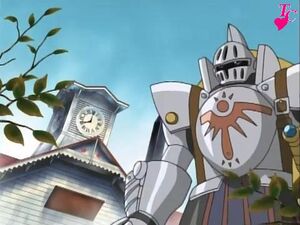 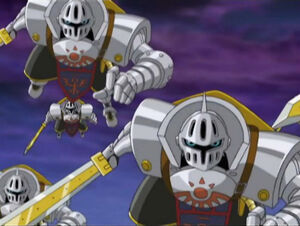 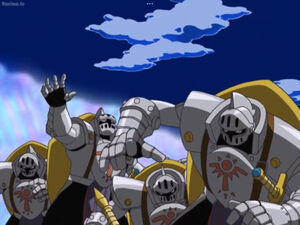 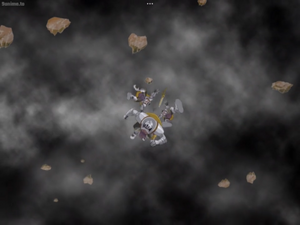 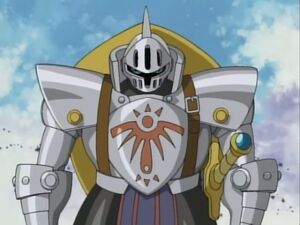