Mastery of the Force (all members)
Various other weapons

Prevent the return of the new Jedi Order (failed).

Serve Kylo Ren (abandoned after Ben Solo's redemption).
Aid the First Order, Darth Sidious, the Sith Eternal, and the Final Order in their goals of conquering the galaxy (failed).

The Knights of Ren are an organization that had existed centuries before the Battle of Endor, and has continued to exist in the years since the Sith were finally extinct. After Ben Solo killed their former leader Ren, they would fall under the service of Supreme Leader Snoke, be led by his apprentice, Kylo Ren, and become a sub-faction of the First Order. Although it is later revealed that they were actually loyal to Darth Sidious.

Their leader Kylo Ren acts as the chief enforcer and second-in-command of the First Order, searching for a map which leads to Luke Skywalker, the last Jedi in the galaxy.

After touching the Skywalker's lightsaber, Rey has multiple visions, one being the Knights of Ren standing in the rain in an unknown location surrounded by numerous corpses on the ground, led by their master Kylo Ren who kills an unnamed man.

Eventually, Kylo Ren is severely injured in a battle with Rey and called off by Supreme Leader Snoke to complete his training.

While they do not appear in the film The Last Jedi, their leader Kylo Ren does.

The Rise of Skywalker

The Knights of Ren make their second and final appearance in The Rise of Skywalker. Their role in the film is much bigger and they physically appear in the film as well, first appearing at the beginning where they accompany Ren as he meets with the Supreme Council of the First Order, a council of high-ranking generals and military officers within First Order High Command, where they present the severed head of an enemy.

During Ren's search for Rey, the Knights commonly follow him and act as his bodyguards. They capture Chewbacca on Pasaana and deliver him to the First Order. After Ben gives up the name Kylo Ren and goes to help Rey in defeating Palpatine, he is confronted by the Knights as they begin to brutally and savagely beat their former leader. However, through the Force, Rey is able to pass Anakin's lightsaber to Ben as he wields it to quickly gain the upper hand and cut down the Knights, ending the cult. 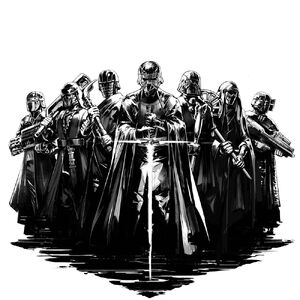 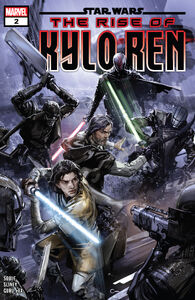 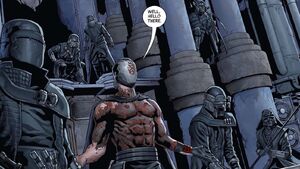 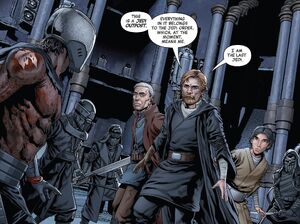 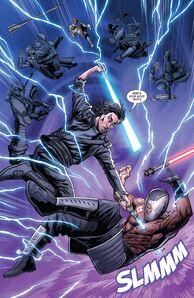 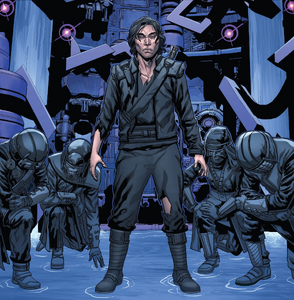 The Knights of Ren kneel to Ben and accept him as their new master after he killed Ren. 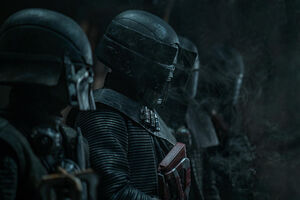 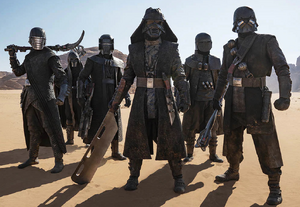 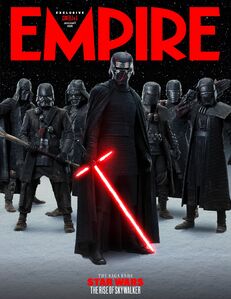 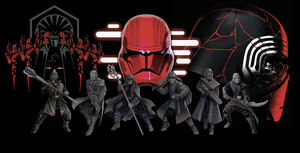 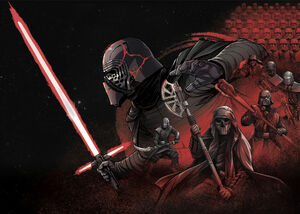 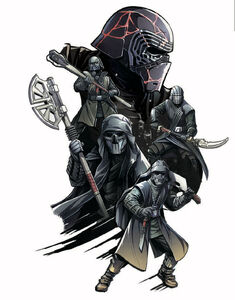 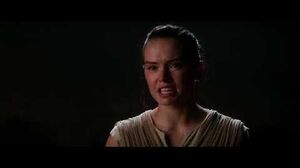 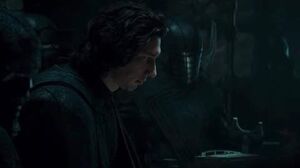 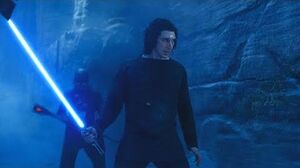 Retrieved from "https://villains.fandom.com/wiki/Knights_of_Ren?oldid=3844592"
Community content is available under CC-BY-SA unless otherwise noted.