Knights of the Round

Superior intelligence
Tactics
Strategy
Excellent Pilots
Operating outside the standard Britannian military code of conduct
Above the Law
Possess special privileges and authority.
Hold the power of life and death over captives.

Accomplish commands of the Britannian emperor.

Right-Hand Aristocrats
The Knights of the Round or formerly known as the 12 Horsemen is a unit of twelve elite soldiers in the Holy Empire of Britannia, each being assigned into the group by royalty and under direct command of the Emperor. The Knights of the Round extends to at least the 18th century, with the first Knight of One being Sir Richard Hector. Named after the Arthurian Knights of the Round Table, they operate outside the standard Britannian military and are given special privileges and authority.

By the end of the anime, it is assumed that only four of the Knights of the Round from Charles zi Britannia's era are currently alive. Suzaku Kururugi lives as the new Zero, assisting empress Nunnally in remaking Britannia. Gino Weinberg resumes attending Ashford Academy as part of the Rivalz's Student Council. Anya Alstreim was seen cultivating an orange farm with Jeremiah. Nonette Enneagram is presumably alive as she did not join with Bismarck Waldstein in the failed attempt to overthrow Lelouch nor did she participate at the Battle of Mt. Fuji. 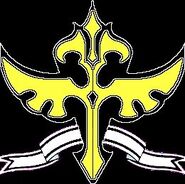 Retrieved from "https://villains.fandom.com/wiki/Knights_of_the_Round?oldid=4296090"
Community content is available under CC-BY-SA unless otherwise noted.