God of the Symbiotes

Hating the Celestials and their creations.

Use the Symbiote army to conquer, corrupt and destroy the civilizations of every world in the entire known universe (failed).

Reassemble the Grendel so he can use it to reawaken himself from his imprisonment (failed).
Reassert his control over the Symbiote army (failed).

Knull, also known as the God of the Symbiotes, is a major antagonist in the Marvel Comics universe and one of the two main antagonists (alongside Carnage) of the Venom comic book series. He is an ancient malevolent deity who was responsible for the creation of the Symbiote race. He seeks to expand the darkness all across the universe by conquering, destroying and corrupting every life form he comes across. He serves as the overarching antagonist of the Absolute Carnage event and later the main antagonist of the King in Black. He is one of the arch-enemies of Venom/Eddie Brock alongside Carnage.

Knull's existence predates the universe itself. When the Celestials began creating the universe, Knull retaliated by creating a living blade, All-Black the Necrosword, from his shadow and decapitated one of them. Cast back into the void by the other Celestials, Knull used the slain Celestial's severed head as a forge to temper his symbiote-sword in its cosmic energies. Intent on devouring the divine light that had usurped his kingdom of darkness, Knull manifested a symbiotic suit of armour from the eldritch darkness he commanded and embarked on a genocide against the other gods.

However, Knull was badly wounded in combat and crash-landed on a desolate planet, where the Necrosword was stolen by one of the indigenous inhabitants named Gorr. Despite this setback, Knull created an army of symbiotes and used them to conquer planets and devour entire civilizations. However, when a dragon-like composite symbiote named the Grendel under Knull's control arrived on Earth and was defeated by Thor, the deity's connection to the symbiotes was severed - trapping his consciousness in the Grendel's body. The symbiotes were freed from his control, the hive-mind becoming tainted with notions of honor and nobility as they bonded to benevolent hosts — eventually forming an order known as the Agents of the Cosmos. The symbiotes subsequently rebelled against their god, imprisoning him at the heart of an artificial planet they called Klyntar - their word for "cage".

Centuries later, Grendel was unearthed by S.H.I.E.L.D. and its biomass was used to create a super-soldier initiative called the Sym-Soldier Program. Slowly awakening, Knull began attempting to assert his influence over the symbiote-dragon's offshoots, driving their hosts insane. Seizing control of the symbiote-dragon, Knull sent it on a rampage through downtown Manhattan, but was stopped by the combined efforts of Venom and Spider-Man. Using Grendel's biomass to manifest an avatar of his true form, Knull stripped the Venom symbiote from its host and purged it of the benevolence and compassion it had obtained during its time on Earth. When confronted by Eddie Brock, Knull showed him the true origins and history of the symbiotes; mocking him for believing the lies told to the Venom symbiote by the Klyntar hive-mind. Reforming Grendel around his avatar, Eddie, and Spider-Man; Knull flew into space and revealed his plan to obtain the missing pieces of the symbiote-dragon, use it to free his true body from Klyntar, and resume his conquest of the universe - starting with Earth.

When the Tyrannosaurus symbiote - the last remaining piece of the Grendel symbiote - reconnected to the hive mind, Knull attacked using the Grendel symbiote and attempted to devour Venom. When Grendel was destabilized by sonic grenades, Knull's manifestation engaged Venom in a brutal one-on-one battle, Venom's arsenal of high-tech weapons proving ineffective. Knull stripped Eddie of both symbiotes, but his gloating was cut short when Eddie detonated the entire arsenal - the blast affecting even Knull's real body. Shaken and enraged, Knull coated his manifestation in the Grendel symbiote, but before he could attack, the Tyrannosaurus symbiote coiled around his avatar and dragged it into the heart of the blast furnace - telling Venom to hold the door shut. With Knull's avatar subsequently immolated, his connection to the Grendel symbiote severed with its death, and therefore his body remaining sealed at the heart of Klyntar.

A few months later, an Earth-based cult led by Scorn that is dedicated to worshiping Knull had obtained a sample of the Grendel symbiote and Cletus Kasady's body, intending on turning him in to Knull's new avatar and facilitate his awakening. When the sample bonded to Cletus, Knull physically communicated with the serial killer in his attempt to take control of him with the symbiote; though the nature of their conversation is unknown. Kasady resists Knull's control and their connection was severed when the Grendel symbiote absorbed a codex - which were trace remnants of living abyss in former hosts - that the Carnage symbiote had left in Scorn's body. Afterwards, Kasady desired to communicate with Knull again and decided to help free him by collecting enough codexes to reconnect the Grendel symbiote to the Hive Mind.

An ancient malevolent deity, Knull despises the Celestials and their creations, attempting to carry out a genocide against them. Through his symbiote army, Knull is responsible for the destruction and corruption of entire civilizations across the universe. While on Earth, he appeared calm and condescending, only smiling at the sight of Venom's berserk form and reacting with rage when Eddie tried to stop him from corrupting the Venom symbiote again. Knull was begrudgingly impressed by Eddie's determination to understand the eldritch truth behind the symbiotes' origins, but mocked him for being deceived by the Klyntar hive-mind. He considers the symbiotes who rebelled against him and imprisoned him to be cowards, liars, and traitors, while sneering at their desperate efforts to cover up their dark origins and keep themselves from relapsing. 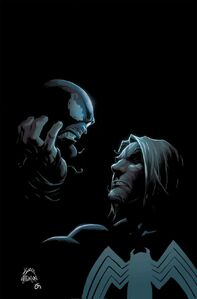 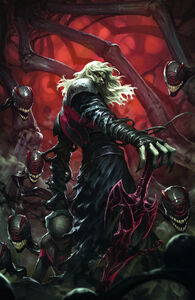 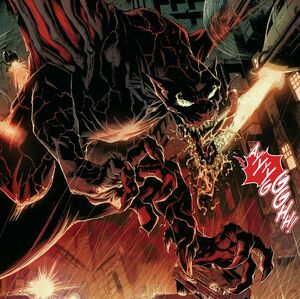 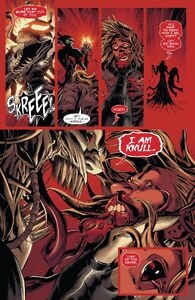 Knull introducing himself to Eddie Brock. 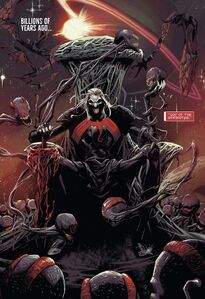 The God of the Symbiotes. 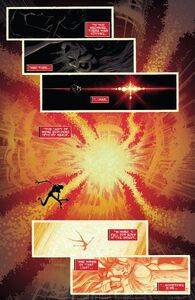 The origins of Knull. 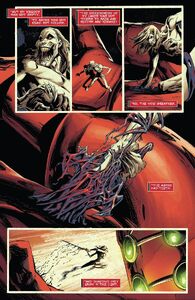 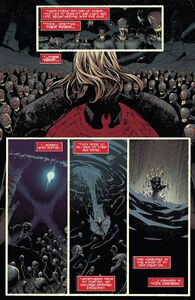 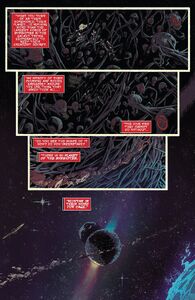 Knull, imprisoned by his own creations. 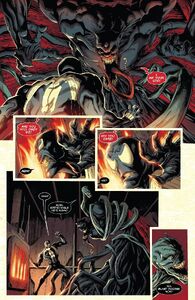 Knull, shortly before his defeat. 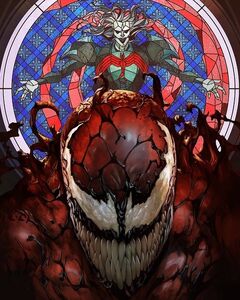 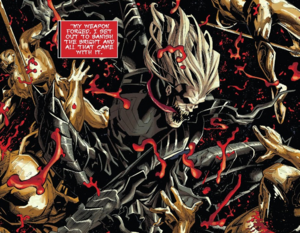 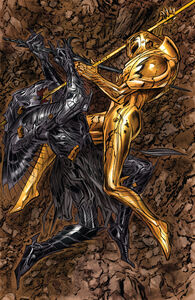 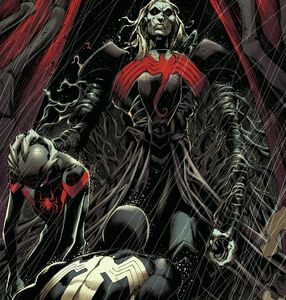 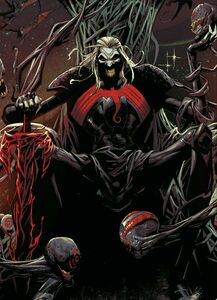 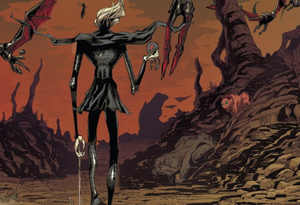 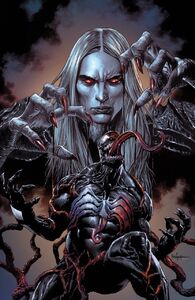 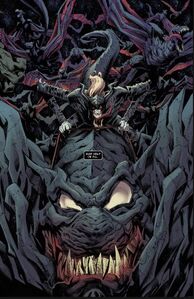 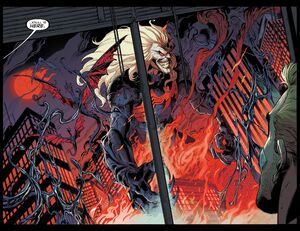 Retrieved from "https://villains.fandom.com/wiki/Knull?oldid=4024518"
Community content is available under CC-BY-SA unless otherwise noted.