Koala Kong (or "Kong" for short) is an antagonist from the Crash Bandicoot game series. He is a mutant koala created by Dr. Neo Cortex with the Evolvo-Ray.

He was voiced by Fred Tatasicore in Crash Bandicoot N. Sane Trilogy, who also voices Dingodile and the Komodo Brothers.

Koala Kong's first appearance was in the video game Crash Bandicoot. He was the third boss, had 4 hit points, and threw rocks at Crash. When fighting him, he threw 3 breakable rocks, and then another rock that Crash can spin right back at him, knocking Koala Kong out. However, mine karts can block the reflected rocks, so you would have to wait until they move. TNT crates sometimes appear as well.

His next appearance was in Crash Bash, when he was playable for the first (and currently only) time. He was summoned by Uka Uka to participate in the tournament. His strengths and weaknesses were equal to Tiny Tiger's.

Kong was Tiny's 'Evil Side' counterpart, and with equal abilities. In Crate Crush Arenas, he could toss boxes nearly halfway across the arena, which was nearly double that of Crash and Dingodile. In Tank arenas, his shooting mines had the second longest range, but dealt by far the most damage. In Polar Push, Kong had a single massive push across the ice rather than multiple weak ones like Crash. Also like Tiny, Kong rode on top of Killer Whales in Splash Dash.

He made a cameo in Crash Twinsanity at Crash's "birthday party." He has an almost demonic face in this game. Crash does not fight him in this game. He is motionless due to the developers not animating his model.

Koala Kong is an player character who can be unlocked during the Neon Circus Grind Prix event by earning Nitro Points. 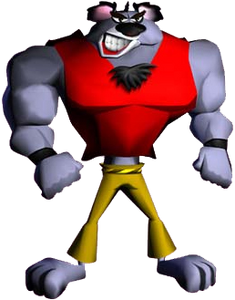 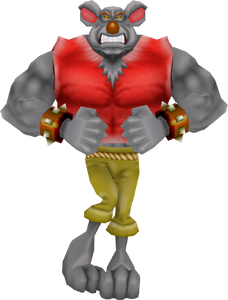 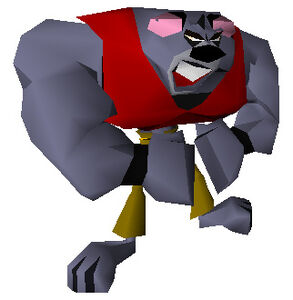 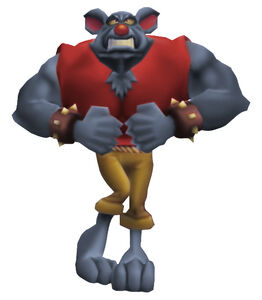 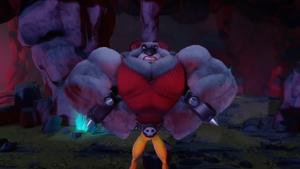 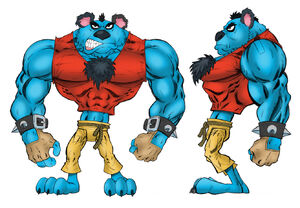 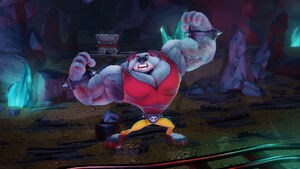 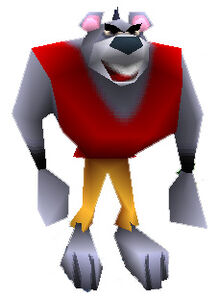 Retrieved from "https://villains.fandom.com/wiki/Koala_Kong?oldid=3494326"
Community content is available under CC-BY-SA unless otherwise noted.