Kokabiel is the main antagonist in Volume 3 of the light novel series Highschool DxD and the second half of the second series of the anime. He is one of the leaders of the Fallen Angels and Grigori.

He is voiced by Hiroki Yasumoto in the Japanese version of the anime, and Mike McFarland in the English version.

Kokabiel is a young man with five pairs of black wings. He wears a black robe with detailed accessories.

Kokabiel is a barbarous warlord who strongly believes that the Fallen Angels are the strongest race and strives to prove it. To that end, he wanted to start another Great War but faces strong objection from Azazel. As such, he has a strong hatred towards Azazel, believing that he is defiling the Fallen Angels by doing Sacred Gear research and allowing humans with Sacred Gears to join Grigori. He is also shown to have a lot of confidence in his power, as seen when he actually told and waited for Issei to boost his power to his limit and transfer it to Rias because that was the only way they would be able to hurt him.

Kokabiel is one of the leaders of Grigori and one of the few Fallen Angels that survived the Great War.

He and his followers, Freed and Valper, stole three of the seven Excaliburs from the Church in hopes of starting another Great War. When Michael sent only two exorcists, Irina Shidou and Xenovia, to Japan to retrieve the stolen Excaliburs, he turned his attention to the Kuoh Academy that both the Gremory and Sitri clan attend. He hoped that by killing them, he would be able to initiate a second Great War. During his attack on Kuoh Academy, he was able to overwhelm and defeat Rias and her peerage with ease but lost to Vali Lucifer who came to stop him under Azazel's orders. After his defeat at the hands of Vali, he is sealed in the deepest part of the Underworld – Cocytus, by Azazel.

Being in the leader class of the Fallen Angels, Kokabiel is very powerful, as he was able to overwhelm the entire Gremory Team without any sign of exhaustion. Kokabiel is also very efficient in using his light-based weapons, being able to create a light spear that is larger than Kuoh Academy itself. He can also use the feathers of his wings as projectiles to pierce his opponents.

After Vali halved Kokabiel's power three times, his power was supposedly reduced to that of a mid-level Fallen Angel, suggesting he is eight times as strong as one. 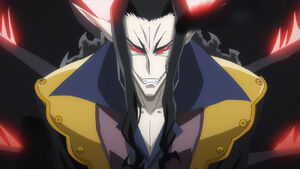 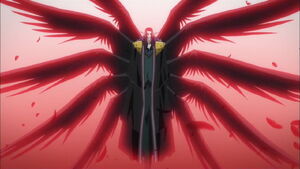 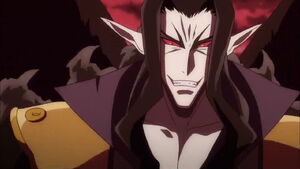 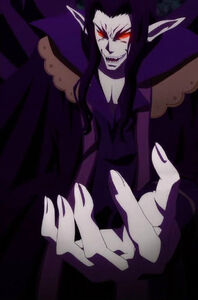 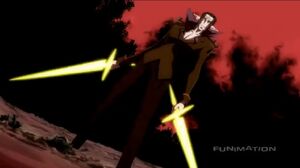 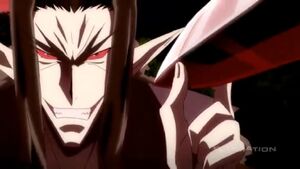 Kokabiel grabbing Kiba's sword
Add a photo to this gallery

Retrieved from "https://villains.fandom.com/wiki/Kokabiel?oldid=3890281"
Community content is available under CC-BY-SA unless otherwise noted.