Konngara is one of two final boss villainesses from the first Touhou Project old-age game, Highly Responsive to Prayers, alongside Sariel.

Konngara has red eyes, black hair, has a red ribbon in her hair and wields a large sword. She wears red robes with white trim and grey sleeves. She has what seems to be either a horn or a spike impaled through her forehead.

She is a being that Reimu Hakurei encounters deep within Hell, at the Silent Shrine. She is the final enemy Reimu confronts before she returns to her shrine. But because she has no profile and exchanges no dialogue with Reimu, nothing else is known about this enemy. 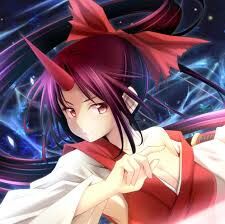 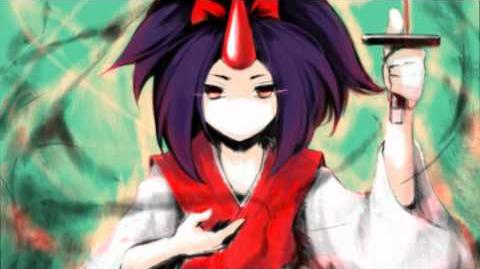