Member of the Slitheen family

Korst Gogg Thek Lutiven-Day Slitheen is the 12-year-old son of Kist Magg Thek Lutiven-Day Slitheen, the nephew of Glune Fex Fize Sharlaveer-Slam Slitheen and Florm Rox Fey Fenerill-Slam Slitheen, a member of the Slitheen a criminal family from Raxacoricofallapatorius, a supporting antagonist in The Sarah Jane Adventures episode "Revenge of the Slitheen" and the secondary antagonist of "The Lost Boy".

Korst was born 12 years prior to the series to Kist and an unknown female Slitheen. Though not said, like all children in the Slitheen family, he was taught to hunt and kill from a young age. Sometime in March 2007 as for his first hunt, Korst travelled to Earth with his father, uncle Glune (who was also the commander) and several other members of his family who took over a building company called Coldfire Construction and placed transducers around Earth to absorb the Sun's energy and destroy Earth as part of the plan to avenge the deaths of the Passameer-Day branch of their family who died after they were killed by a missile in 10 Downing Street in the Doctor Who episode World War Three.

Revenge of the Slitheen

18 months later in September 2008, some members of the Slitheen when under cover at Park Vale Comprehensive School with Korst posing as one of the students Carl whilst Kist posed as a science teacher named Tim Jeffrey and Glune posed as the school's head teacher Greg Blakeman. Under the disguise of Carl, Korst went to the school's Science Club run by his father and the only other attendant was a student named Luke Smith who unintentionally told the two Slitheen how to build the final transducer they would use to turn out the Sun. Later Korst tricks two other students Maria Jackson and Clyde Langer into one of the classrooms whilst they were being chased by Kist and reveals himself to be a Slitheen to them and joins up with his father and uncle and pursues them and Luke but Clyde sprays the two with deodorant to give him, Maria and Luke time to get away just as Luke's adoptive mother Sarah Jane arrives just in time to get the three teenagers away much to Korst's anger who wanted to hunt them and is comforted by his father.

Later after the transducer is build, Korst is given permission by Glune to pull the lever to activate it. After Sarah Jane and the other return, Korst wishes to hunt them but Glune goes instead saying that an adult better deal with them this time. After Glune is killed by Maria who dowsed him with vinegar (which is harmful to Raxacoicofallapatorians) Korst and his father summon the other Slitheen to the school and when Sarah Jane and Luke arrive, they reveal their plan to them but Luke tells that the machine won't take the power of the Sun and it starts to overload and it is turned off. Luke then uses Sarah Jane's sonic lipstick to cause the machine to malfunction and the room starts to expolde and most of the Slitheen flee, leaving Korst and Kist behind. The two Slitheen start to follow Sarah Jane and the gang out of the room but they get trapped in the door. Kist begs Sarah Jane to at least save his son, but just as Sarah Jane considers this, the room explodes. Kist disintegrates and Korst bursts into green light causing the gang to think both Slitheen are dead, much to Sarah Jane's sadness as she believed that she allowed a child to die.

Five months later in February 2009, it is revealed that Korst didn't die along with his father at all, instead he managed to teleport away and plans to get revenge on Sarah Jane and the gang for the deaths of his father and the rest of the family that died previously. Korst aided by two adult Slitheen named Dax and Bloorm joined forces with a crystal-like creature called an Xylok who is also Sarah Jane's computer Mr. Smith. Using improved technology the three Slitheen can now wear the skins of thinner people, so Korst makes a skin suit from a child prodigy named Nathan Goss and works at an alien technology research centre called the Pharos Institute whilst Dax and Bloorm use the skins of Nathan's parents Marco and June and go by the names Jay and Heidi Stafford and claim that Luke is in fact their long lost son Ashley so he is given to them.

Later Korst comes to Dax and Bloorm at the Stafford house and catch Luke trying to escape and reveal themselves to him before taking him to the Pharos Institute to harvest his telekinetic energy. But when they are there, Luke overcomes them and escapes with Korst chasing after him into a room which Luke locks him in. Just as Sarah Jane, Maria and her father Alan arrive armed with bottles of vinegar Korst, after freeing himself, comes back and holds Maria hostage, but lets her go when Sarah Jane and Alan get rid of the vinegar.

Korst, Dax and Bloorm then reveal their alliance with Mr. Smith saying that he would help the Slitheen get revenge but are confused on why Mr. Smith sent Sarah Jane to the Pharos Institute then discover that Mr. Smith knew that Luke would escape and return home to him. Korst says he will deal with Mr. Smith later and prepares to kill Sarah Jane but is stopped by Dax who tells him that when he is older, he will learn not to make snap decisions. They discover that Mr. Smith tricked the Slitheen to power Luke's mind with MITRE in order to destroy Earth by crashing the Moon into it and release his fellow Xylok. Korst plans to escape to his family's ship using his teleporter, but Alan takes it off him and gives it to Sarah Jane so she can get back to her house and with help from her robot dog K9, puts a virus into Mr. Smith making him forget his plan and gives him a new purpose; to safeguard Earth and sends the Moon back to it's original position. After this Korst along with Dax and Bloorm leave Earth in peace. 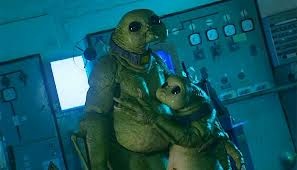 Korst with his father Kist. 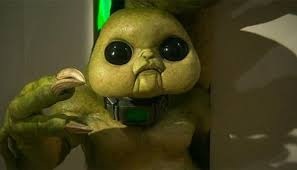 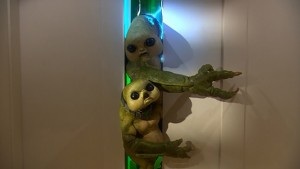 Korst and his father trapped. 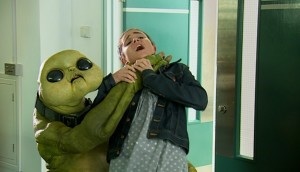 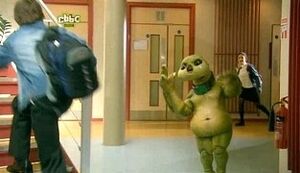 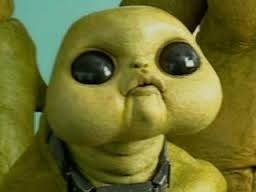 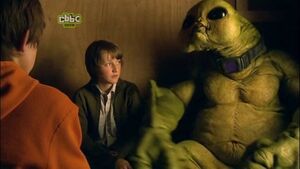 Korst (as Nathan) with Dax and Luke 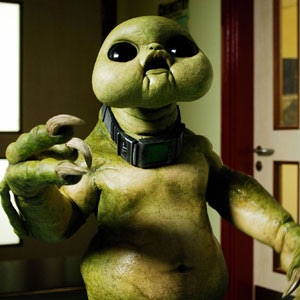 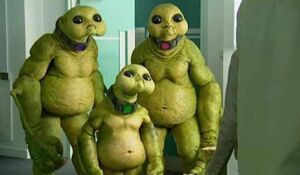 Korst with Dax and Bloorm