Villains Wiki
Register
Don't have an account?
Sign In
Advertisement
in: Kidnapper, Stock Characters, Villains of Folklore,
and 19 more

Koschei is an archetypal male antagonist in Slavic folklore, described mainly as abducting the hero's wife. None of the existing tales actually describes his appearance, though in book illustrations, cartoons and cinema he has been most frequently represented as a very old and ugly-looking man. Koschei is also known as Koschei the Immortal or Koschei the Deathless, as well as Tzar Koschei. As is usual in transliterations, there are numerous other spellings, such as Koshchei, Kashchej and Kaschei. The spelling in Russian and other Slavic languages suggests that his name may be derived from the word 'kost' meaning 'bone', implying a skeletal appearance.

Koschei cannot be killed by conventional means targeting his body. His soul is hidden separate from his body inside a needle, which is in an egg, which is in a duck, which is in a hare, which is in an iron chest (sometimes the chest is crystal and/or gold), which is buried under a green oak tree, which is on the island of Buyan in the ocean. As long as his soul is safe, he cannot die. If the chest is dug up and opened, the hare will bolt away; if it is killed, the duck will emerge and try to fly off. Anyone possessing the egg has Koschei in their power. He begins to weaken, becomes sick, and immediately loses the use of his magic. If the egg is tossed about, he likewise is flung around against his will. If the egg or needle is broken (in some tales, this must be done by specifically breaking it against Koschei's forehead), Koschei will die. 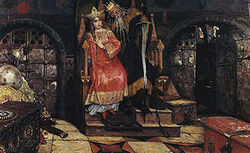 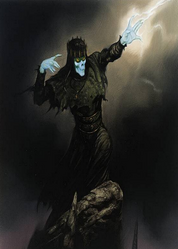 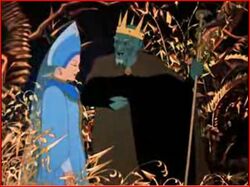 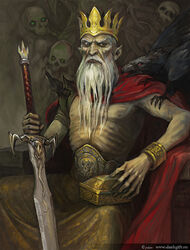 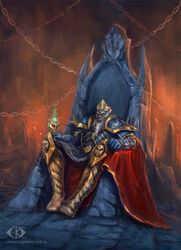 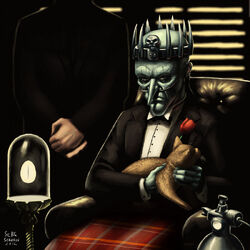 A possible reincarnation by fusing with Vito Corleone and Mr. Potter. 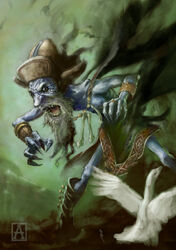