Kotonoha Katsura is one of the main protagonists of School Days. She starts out as Makoto Itou's girlfriend after Sekai Saionji got them together. She also appears in the Summer Days and Cross Days as a secondary but important character.

Kotonoha Katsura has dark purple silky staight hair that extends to her haunch and also has large dark purple eyes. More than just good looks, her body is very slender and matured for her age. One of her figure's most significant features is her large chest.

Her appearance and manner of dress has varied slightly throughout the games.

Generally, Kotonoha Katsura is a well-educated, polite and gentle young lady with reserved character, however different from her delicate appearance, deep down inside Kotonoha's heart is incredibly steadfast, especially to the bond between Makoto Ito and herself. But this kind of firmness can be lead to wrong directions, if she feels Makoto is leaving her and cannot be won back, such tremendous sorrow and desperation will drive her into berserk or "yandere" (expressed by her lusterless eyes), and render her to commit suicide or to eradicate those who she thinks stealing Makoto away.

Although the reason is not specified, Kotonoha is very afraid of males, especially scared by being touched by the opposite gender, thus renders her and Makoto to have some awkward moments at beginning stage of their relationship, as Makoto constantly demands excessive physical contact and gets turned down, situations can be worsened. But when acknowledges fulfilling Makoto's demands of sex is vital to tighten their relationship, Kotonoha will get over her psychological block and offers her gorgeous body to Makoto in order to lock his heart with her, even proactively retaliate to drive her rivals away.

Kotonoha's younger sister Kokoro Katsura, describes her as "some one comes from ancient time", due to her way of thinking and behavior. 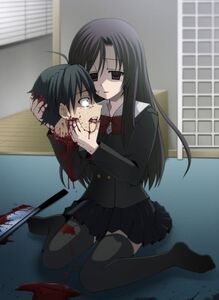 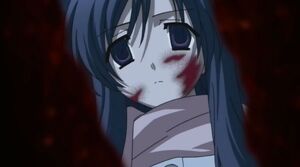 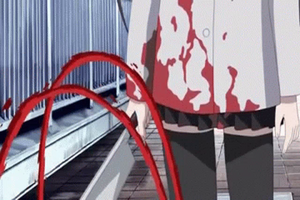 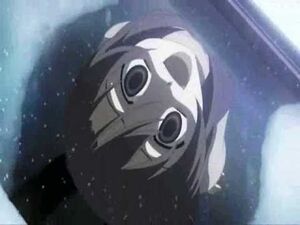 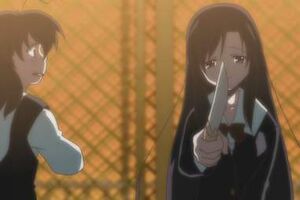 Retrieved from "https://villains.fandom.com/wiki/Kotonoha_Katsura?oldid=4290006"
Community content is available under CC-BY-SA unless otherwise noted.