Kracko is a monster made of clouds with eleven to sixteen golden spikes surrounding his perimeter. He has one light blue eye in the center of his body. In almost all depictions of Kracko, the top of his cloud is shaded light blue, and his bottom is shaded light pink.

Kracko is a giant white cloud who usually appears in sky levels, or levels based around the sky. He is most often fought in his iconic full form that closely resembles a puffy cumulus cloud, but is sometimes encountered in his premature form, known as Kracko Jr. Kracko usually summons creatures that are cycloptic such as Waddles Doo and Flamers. While Kracko never wins against Kirby and friends, he will never be permanently defeated due to the fact that there are more clouds in the sky. When there is a sky, there will always be Kracko.

Kracko appears in Super Smash Bros. Brawl as a trophy.

In Super Smash Bros. Ultimate, Kracko is as an advanced primary grab type spirit, whose ability increases electric attacks. His spirit battle is against King Dedede and two Pikachu on Skyworld with cloud platforms only, where only Dedede is required to be defeated. 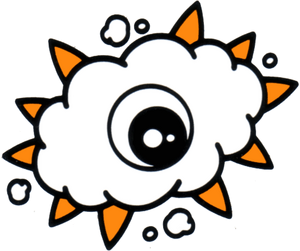 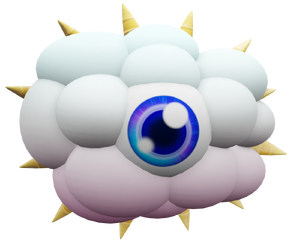 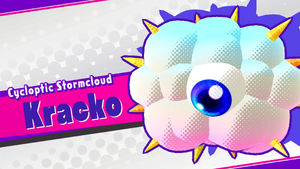 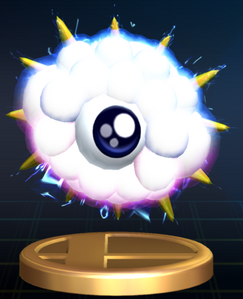 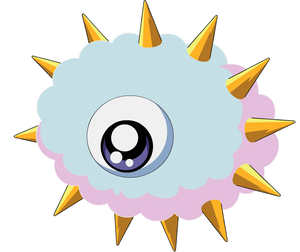 Kracko in Kirby: Right Back at Ya!. 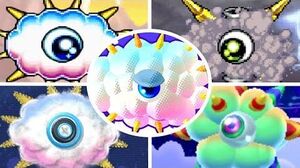