The King and I

Manipulation
Cannon and spear (to shoot fireworks into the air balloon)

Trying to overthrow King Mongkut by sabotaging his reputation a good leader.

Become the king of Siam by overthrowing King Mongkut (failed).

Kralahome is an evil sorcerer and the main antagonist of the 1999 Warner Bros. animated film The King and I, which is based on the musical by the late Richard Rodgers and the late Oscar Hammerstein II.

He was voiced by the late Ian Richardson, who also played Francis Urquhart in House of Cards, and Chancellor Hyena in The Jungle King by Golden Films.

Kralahome is an evil sorcerer whose main goal is to become king of Siam by overthrowing King Mongkut by sabotaging his reputation a good leader. He believes if harm is done to Anna Leonowens, Louis, Tuptim, and Prince Chulalongkorn, King Mongkut would then be considered to be a traitorous and horrible person and that he would be eliminated from the throne. He could then proceed take over the kingdom and rule it for himself.

His henchman, Master Little does not feel appreciative of Kralahome, hence calling him "stingy" by not sharing the wealth when he becomes king. Kralahome has the power to create illusions with the help of a magical gong that can see all as sort of like a crystal ball and mind powers.

Towards the climax of the film, Kralahome is foiled by Anna Leonowen's friend named Edward for trying to kill King Mongkut, and his plans were uncovered. His punishment would be permanently working the elephant stables by cleaning their dung with Master Little as his boss. He then gets beaten up by Master Little after getting angry about his last tooth falling out.

Kralahome is the tyrannical Prime Minister of Siam and a very powerful advisor, a villainous sorcerer, and a diplomatic figure. Also, describing his personality, he is very evil, cruel, cunning, manipulative, temperamental, iniquitous and antagonistic towards Anna. He is also shown to be abusive, opprobrious, uncomplimentary, and vituperative towards Master Little. 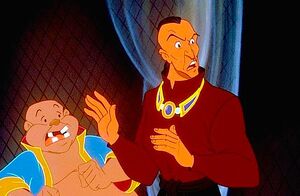 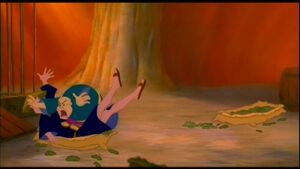 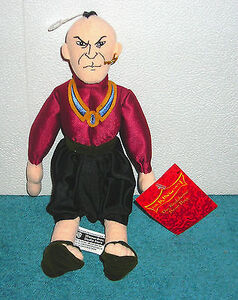