Krellenos is a Prophet in Bloodtusk Ravine. Its later revealed that he is the Bloodtusk Chaos Lord.

One of the oracles of the Trolls. Like his sister Khasaanda, he was blessed with the gift of Seeing the future. Unlike his sister, Krellenos was showered with praise. When Drakath made Krellenos his newest Chaos Lord, he used his reputation to hide in plain sight while spreading Chaos among the Horcs and Trolls of Bloodtusk Ravine, until he made the mistake of chaorrupting his little brother Antiphuus, which would turn his sister against him when she found out the truth about him. 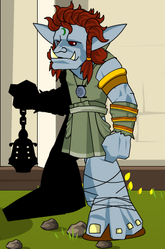 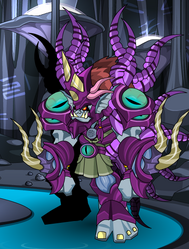 Add a photo to this gallery
Retrieved from "https://villains.fandom.com/wiki/Krellenos?oldid=3835961"
Community content is available under CC-BY-SA unless otherwise noted.