The Kriegaffe ("Kriegsaffen" meaning "War Apes") are a series of mentally and physically enhanced apes created by Nazi scientist Herman von Klempt. Most Kriegaffen can be seen with cybernetic arms and metallic appendages on their heads.

During the events of World's Greatest Paranormal Investigator (CBG), Herman von Klempt and his Kriegaffe # 9 (whom had been dubbed Brutus) had been hiding out in a castle, and performing experiments on kidnapped peasant girls. The duo was stopped by Hellboy when he interrupted one of their experiments. In the ensuing battle, Hellboy destroys Brutus' hands, and burns down the castle, saving von Klempt's only remaining victim, and killing Brutus.

Years later, the skeleton of this Kriegaffe is seen in Hunte Castle by Kate Corrigan and Bruno Karhu, confirming that Hellboy did in fact kill the ape. 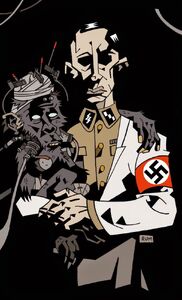 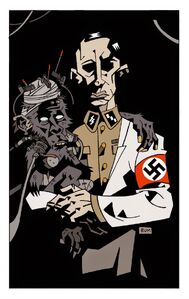 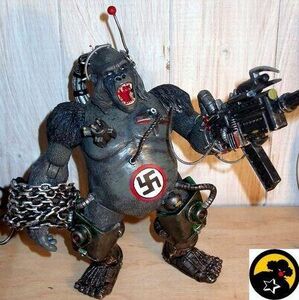 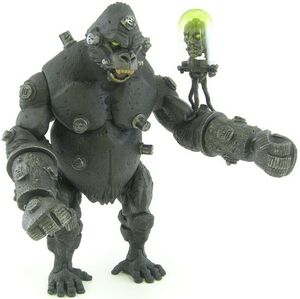 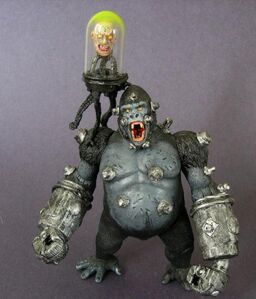 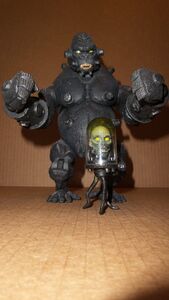 Retrieved from "https://villains.fandom.com/wiki/Kriegaffe?oldid=3043353"
Community content is available under CC-BY-SA unless otherwise noted.