Villains Wiki
Register
Don't have an account?
Sign In
Advertisement
in: Fighters, The King of Fighters Villains, Video Game Villains,
and 35 more

Collecting battle data in his armor

Activate his own army of clones.

Cloning people against their will

Krizalid is the main villain of The King of Fighters' 99.

The NESTS cartel had watched carefully the King of Fighters tournament, in order to find the strongest fighter amongst all, deciding to get either Iori Yagami or Kyo Kusanagi. After the battle with Orochi, Iori disappears and Kyo is over exhausted. The cartel then kidnaps Kyo and get his DNA, but Kyo manages to escape his captivity and also disappears. The cartel then kidnaps a man and infuse him with Kyo's DNA, naming him K'. K' is cloned, and his clone is then named Krizalid. Krizalid believed he was the original and K' was his clone. K's memories were erased, but he escaped from their control with the help of Maxima, another of their experiments. Krizalid is then ordered to create an army of Kyo Kusanagi's clones, which he pulls out in less than a year. Krizalid creates a special battle armor that he wears, which enables him to collect the battle data from anyone he fights, which was necessary to activate the clones.

Hosting the King of Fighters tournament, Krizalid watches carefully the teams and prepares to put his plans in action. He dispatches various troops in many key spots around the world while he awaits for the winning team to arrive at his laboratory. K' and his team make to his lab, so Krizalid challenges them to a battle. After the battle, he starts the activation of the clones by using the data fed onto his armor, telling K' that he is his clone. To get the trigger data necessary for the clones, he challenges K' once again. Krizalid is defeated, and the voice of his superior talks to him. All of the clones are neutralized and the data he collected is sent to NESTS headquarters. With the order to terminate all operatives, Krizalid's superior toss a boulder on Krizalid, who falls unconscious as his lab starts to fall apart. Whip then founds Krizalid and he asks why did she betray the NESTS. Whip reveals to Krizalid of his status as a clone and leaves him to die. Heidern picks Krizalid, who is unable to answer who he is, dying shortly after. Heidern's troops then hunt down K' and Maxima, who were labeled as terrorists due to their connection with NESTS, but they manage to escape the place.

Zero after his clone betrayed NESTS, cloned Krizalid and made him his assistant in order to clean his name from his treacherous clone.

K's team wins the KoF 2001 tournament, so Zero invites them to his blimp, which was actually a space shuttle in disguise. As they head towards NESTS' main headquarters in outer space, he challenges the team for a fight, alongside his pet lion Glaugan, the cloned Krizalid, and Ron. Not wanting to kill Whip, Krizalid lets Whip shoot him with her Desert Eagle resulting in his second death.

After his death, his soul was trapped within Verse alongside many others, even though K' is the original, he speaks to K' in a special win quote, saying that he is the original one. After Verse's defeat, his soul emerges from it and suspected to be alive again.

Krizalid is cocky and megalomaniacal, but he knows his place, being loyal to NESTS. He was also incredibly loyal to Whip, with whom he shared a sibling-like bond. 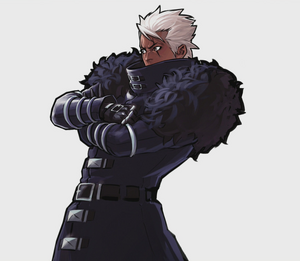 Krizalid in King of Fighters '99. 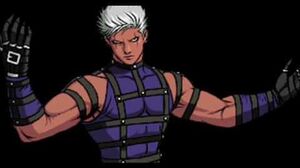 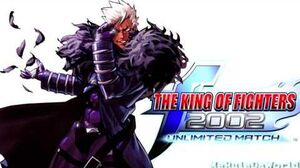