Leader of the Deviants

Kill any intelligent life he founds on his way(before gaining conscience, mostly succeeded).

Kill the Eternals and absorb all of their powers in order to avenge his species (failed, succeeded only with Ajak and Gilgamesh).

Kro is the secondary antagonist of the 2021 superhero film Eternals, the twenty-sixth movie in the Marvel Cinematic Universe.

He is the leader of the Deviants and a powerful enemy of the Eternals who eventually gained sentience after killing Ajak and Gilgamesh and absorbing their powers. He vowed to kill all of them for their culling of his species, dismissing them as ruthless killers rather than superheroes. He is Thena's archenemy.

He is portrayed by Arie Dekker on set while being voiced by Bill Skarsgård, who also portrayed Richard Persson in Crownjewels, Pennywise/It in the It duology, and Willard Russell in The Devil All The Time.

Before gaining conscience, Kro was, just like any other Deviant, a animalistic and irrational being whose instincts were to kill any intelligent life he comes across with. However, Kro was the leader of the group of Deviants that were in Earth, which means that, despite still being irrational, he was even more violent and dangerous than the other Deviants, and no Deviant would like to have problems with him.

After absorbing Gilgamesh's energy and becoming a conscious, intelligent being, Kro started to act in more calm and sophisticated ways, contemplating the world around him after being conscious of his own existence for once. This didn't made him any less evil or violent, but now, rather then for instincts, Kro was now on a mission to kill the Eternals in order to avenge his species that were mostly butchered by them.

Kro and the other Deviants were created by the Celestial Arishem the Judge to extinguish predators in many planets that could endanger the evolution of intelligent lifeforms there, that were necessary to the process of Emergence, where a new Celestial would be born, destroying the planet he emerges from, and thus fulfilling his purpose as a Celestial, creating new galaxies so the life cycle of the universe could go on. However, due to a fail in their creation, the Deviants turned out to be the greatest predators themselves, wanting by any means to destroy intelligent life. It's unknown how many times Kro fought the Eternals before the main events of the movie, as the first time he officially appears is in London, attacking Sersi, Sprite and Dane Whitman, Sersi's lover.

However, chronologically, he first appeared emerging out of the ice, in an abyss next to a mountain in a forest, where Ikaris, an Eternal, would drop his former leader, Ajak, to her death at the hands of Kro, who absorbed her energy, killing and gaining her regeneration powers, also becoming overall stronger and bigger. He then gave a percentage of his new powers to his fellow Deviants so they could be stronger to fight the Eternals and doom intelligent life once again. As already mentioned, he attacked Sersi and her friends at London, only to be fought and scared away by Ikaris. Even though Kro was stronger, he still was no match for Ikaris' powers, and probably only survived because of Ajak's regeneration powers.

He is next seem attacking the Eternals at Druig's town at the Amazon Forest, along with other Deviants. While most of them were killed, Kro started fighting with the Eternal Gilgamesh, until he noticed Thena, GIlgamesh's Eternal partner who was said by him to stay still due to her mental instability because of a disease known as Mahd Wy'ry, that was destroying her mind. Gilgamesh protects Thena, but is killed by Kro, who, now with the absorbed energy of two Eternals, evolved to a humanoid and intelligent version of himself, contemplating himself and his existence, before being attacked by Ikaris's optical beams, and running away, but not before vowing revenge on the Eternals for the centuries his species was "heartlessly" killed by them.

He appears again in the climax of the film, when the Eternals are fighting Ikaris, because him didn't want them to stop Arishem's plan (total obliteration of planet Earth, to make a new Celestial be born), and then he fights Ikaris, and try to absorb his energy, but is prevented from doing so by Phastos, who despite being fighting Ikaris, knew that Kro would become nearly or completely invincible if he absorbed one more Eternal energy, specially from Ikaris, who is one of, if not the most powerful Eternal. He then goes to a cave, where he is followed by Thena, who wants revenge for GIlgamesh's murder by killing Kro. She is, at first, affected by Mahd Wy'ry, which makes her less rational, which means that Kro could lure her by imitating GIlgamesh's voice. He then rolls up Thena in his tentacles and tries to absorb her energy too, but fails due to her remembering Gilgamesh's advice from not forgetting. She then uses her incredible agility and strength along with her extraterrestrial powerful sword to slice Kro into pieces, killing him instantly. With Kro's death, Ajak and Gilgamesh, whom Kro had previously killed, are both avenged. 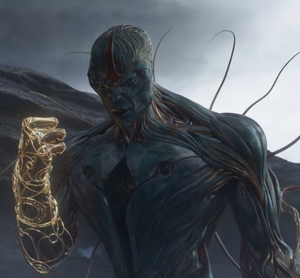 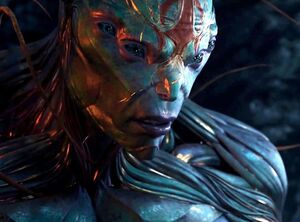 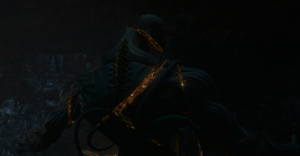