Destroy the Church of Seiros. (Failed)

Kronya, also known as Monica von Ochs in her student disguise, is a supporting antagonist in Fire Emblem: Three Houses and a member of Those Who Slither in the Dark. During the Acadamy Phase, she disguised herself as Monica, presumably done after killing the real one, and inflitrated the Garre Mach Monestary, turning other students into Demonic Beasts and killing Jeralt.

She is voiced by Marika Kōno in Japanese version and by Colleen O'Shaughnessey in English version.

Kronya hails from Agartha and is one of Those Who Slither in the Dark .

During the Horsebow Moon of 1180, the Death Knight kidnaps Flayn, and when Byleth and their class rescue her, they find an unconscious Monica at her side. Monica quickly recovers and re-enrolls in the Officers Academy as a member of the Black Eagles. Other students and members of the Monastery observe that she has grown quite close to Edelgard and that her personality has completely changed. Her personality shift is largely attributed to her apparent year in captivity, though in reality, it's simply Kronya's true personality peeking through her disguise.

Kronya reveals her true identity after Those Who Slither in the Dark are defeated by Jeralt, Byleth, and some of the students of the Officers Academy while experimenting on other students. As Monica, Kronya pretends to have been one of the captives, approaching Jeralt to thank him, but once he turns his back on her, she stabs him. Byleth attempts to use Sothis' Divine Pulse to stop her, but Thales  appears and blocks Byleth's attack on her. She expresses shock that Thales made an appearance, but he teleports her away with little explanation.

Later, Thales and the Flame Emperor are discussing Kronya's carelessness, as her death would have revealed the truth behind Those Who Slither in the Dark's identities. Thales tasks Kronya to team up with Solon, a prospect she expresses excitement for. Kronya engages Byleth and their students in battle once more, taunting them and revealing her true appearance, but is defeated. Before Byleth can cut her down, Solon appears and sacrifices her, using her in order to enact a ritual that will banish Byleth and Kronya to a dark dimension. Kronya's sacrifice ends up for naught, as the power of Sothis frees Byleth from this dark dimension and Solon is killed shortly thereafter.

Kronya is a psychotic, murderous and sadistic assassin who has a childish streak which annoys the Flame Emperor. Her childish behavior hides her severe brutality and bloodlust, remorselessly backstabbing her victim with a smile on her face. She also acts arrogant towards her enemies, calling them vermin. However, in her last moment, she was also revealed to be a coward who ran away from Byleth after her defeat, and begged them to save her as she was betrayed by Solon and was about to be sacrificed for his ritual. 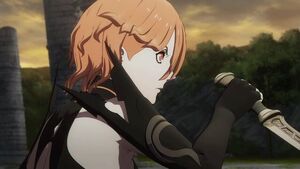 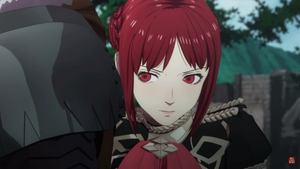 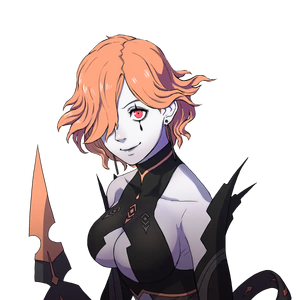 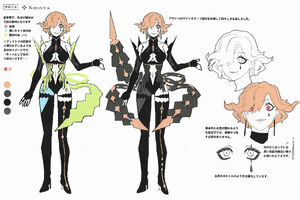 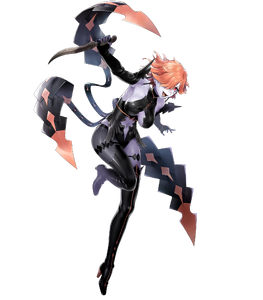 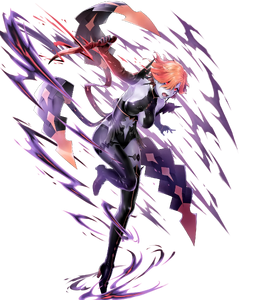 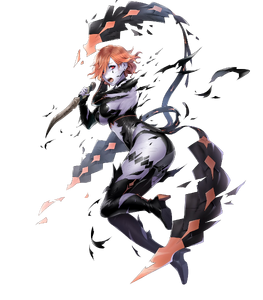 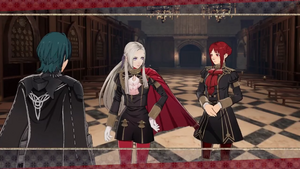 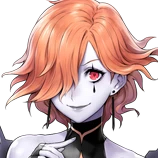 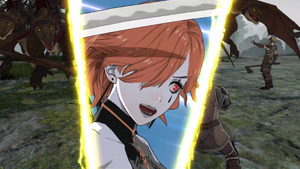 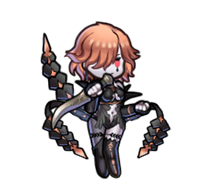 Retrieved from "https://villains.fandom.com/wiki/Kronya?oldid=3934790"
Community content is available under CC-BY-SA unless otherwise noted.