Finding Green Lantern couples to kill and steal infants from.

Kill the Green Lantern Corps and use their infants as fuel for her own fear-generating powers (failed).

Kryb is arguably one of the cruelest and most sadistic members of an already fear mongering Corps as she deliberately targets defenseless children, killing their parents and trapping the children in her alien physiology to feed on their fears.

A member of the Sinestro Corps, the alien hag Kryb has one of the most frightening methods of instilling fear. She targets members of the Green Lantern Corps who are married and have recently had children, murdering the parents and taking the children, keeping them in a sack like pouch on her back.

One of her most notable and despicable attacks on the Green Lanterns involved her attacking a pregnant mother, causing said mother to go into early labor. Using her mind-controlling abilities, Kryb proceeded to command other Green Lanterns to pin the mother down as she tried to forcibly remove the infant from her.

Thankfully, Kyle Rayner was able to break free of this control and soon rallied the rest of the Lanterns, who fought against Kryb while others helped to safely deliver the baby and keep the mother safe.

Kryb's crime was so vile that even the Star Sapphires got involved in this battle and helped finally capture her. They then planned on sending her to Zamaron in hopes of rehabilitation. Despite this, she seemed resilient to such rehabilitation and by the time of Blackest Night she was a member of the Black Lantern Corps and once again tormenting infants. This time she was possibly slain for good by a Red Lantern possessed Guy Gardener.

Kryb is a disturbing alien who clearly has mental illness, she often appears protective of the infants she has stolen but this should never be viewed as actual empathy - she views them as fuel by which to grow stronger and gives off a false sense of "motherly love", perhaps to try and justify in her own mind the horrific crimes she regularly commits.

Her utter lack of care for life is shown in how she mercilessly tears extremely young infants from their dead parents and she's even went as far as using friends, family and team members of her victims as mind-controlled slaves to do her bidding. 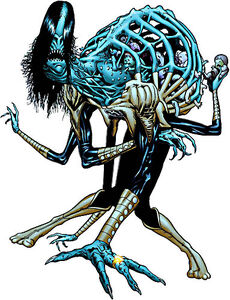 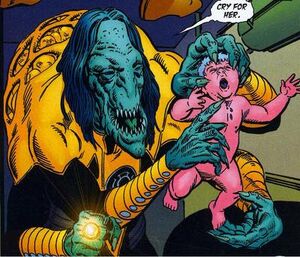 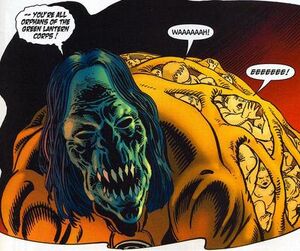 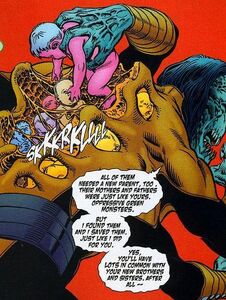 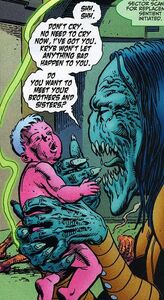 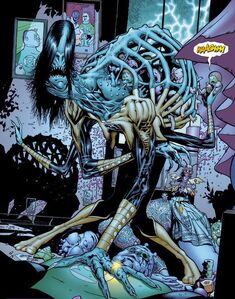 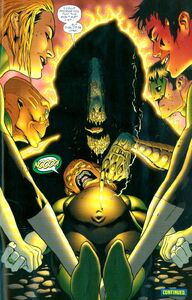 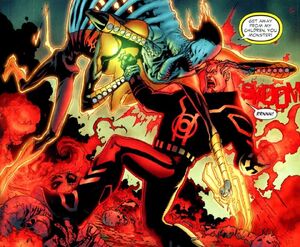 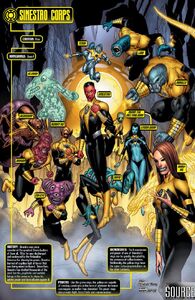 Retrieved from "https://villains.fandom.com/wiki/Kryb?oldid=3797885"
Community content is available under CC-BY-SA unless otherwise noted.