Field Commander of the Brewers

Abusing the Brewers' "Human Debris" and keeping them in line.

Brutish Slaver
Kudal Cadel is the second-in-command of the space pirate group known as the Brewers and a major antagonist in episodes 11 through 13 of the 2015 sci-fi anime Mobile Suit Gundam IRON-BLOODED ORPHANS.

He was voiced by Yoshinori Fujita in the original Japanese version and by Michael Sorich in the English dub.

Kudal and the Brewers were hired by Gjallarhorn to assault Tekkadan's ship and capture Kudelia Aina Bernstein. Kudal in his mobile suit led the Brewers' human debris pilots in an attack Tekkadan's ship, but Tekkadan managed to evade them. Following the failed attack, Kudal beat the human debris pilots and threatened to throw them into the coldness of space naked if they failed again. Tekkadan and Teiwaz later ambushed the Brewers in an operation to rescue the children the Brewers were using as human debris. After most of the Brewers pilots were defeated, Kudal was confronted by Mikazuki in Gundam Barbatos. Kudal attempted to flee, but with nowhere left to run he was killed when he was bisected by Mikazuki. 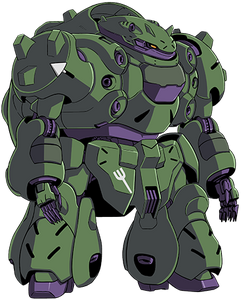 ASW-G-11 Gundam Gusion
Add a photo to this gallery 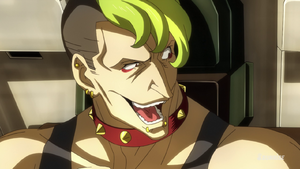 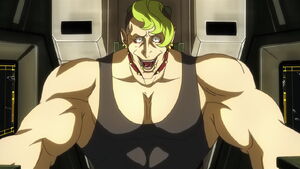 Kudal in the cockpit of Gusion. 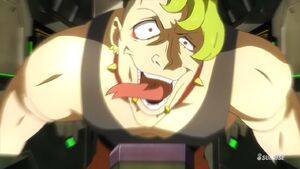 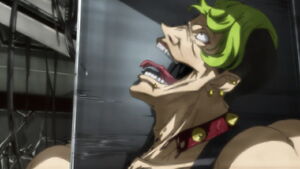 Kudal's demise.
Add a photo to this gallery

Retrieved from "https://villains.fandom.com/wiki/Kudal_Cadel?oldid=3814753"
Community content is available under CC-BY-SA unless otherwise noted.