Producing Zakuro Lockseeds for his followers.

He was portrayed by Jun Toba.

Kugai Kudo was originally a researcher in the Yggdrasill Laboratory for Lockseeds alongside Ryoma Sengoku. He was ordered by Amagi Kureshima to test out Ryoma Sengoku's first functional Lockseed, but was killed during the test and had his body was destroyed. Kugai managed to enter Limbo, aware of the world and gained a physical appearance from the Sengoku Driver he was equipped with. Kugai also managed to keep the Zakuro Lockseed after his death and facilitated his own mass production laboratory with data stolen from Yggdrasill, creating blank pomegranate Zakuro Lockseeds that explodes upon activation.

Intentionally making his actions aware to Yggdrasill, Kugai taunts Ryoma Sengoku, proclaiming that he can guide him to the path of God alongside him, testing him to overcome his labors.

Due to Sid's interference to stop brainwashed members of Black Bodhi and acquiring one of the blank Lockseeds, Ryoma and Takatora track his location, discovering his artificial Helheim factory. Kugai demonstrates to Ryoma that he is the final task he must overcome, utilizing a Genesis Core Unit as an extension of his Sengoku Driver with his Zakuro Lockseed modified to summon a variant of the Sonic Arrow called the Saver Arrow. Initially gaining the upper hand, fighting Duke and Zangetsu as he can overpower them one on one, he is defeated by their combined efforts. Days later, Ryoma finishes his Genesis Driver with the intent to destroy Kugai for good.

Ryoma taunts Kugai saying that he is third rate and cannot be considered a potential person to acquire Godhood. During his second encounter, Ryoma damages his Sengoku Driver, causing Kugai to wallow in pain as the Driver is what maintains his physical form. Kugai dies when Ryoma shoots his Sengoku Driver directly.

Sometime after or before, Kugai meets with Shura in a blank space, with Shura becoming an affiliate of the now defunct Black Bodhi terrorist organization. Shura carries on Kugai's legacy, owning several Sengoku Drivers for himself and his fight club, and wishes to enact the Saver System, which will wipe out any unwanted humans who are not worthy. 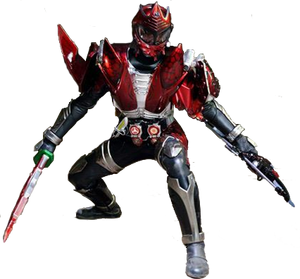 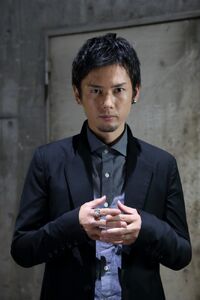 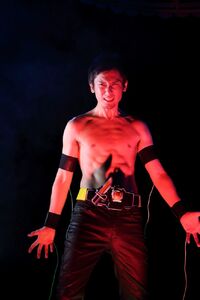 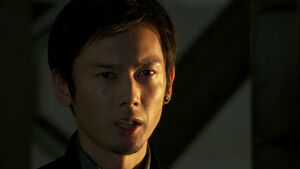 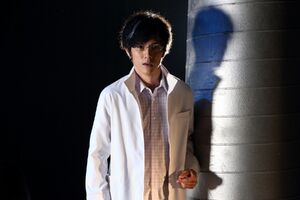 Kugai as a researcher for Yggdrasill. 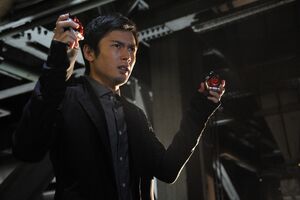 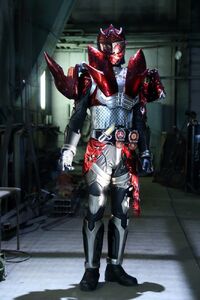 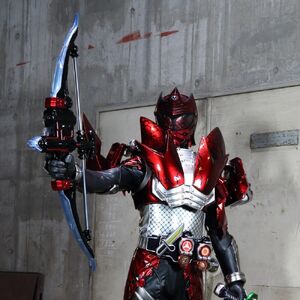 Saver armed with a Sonic Arrow. 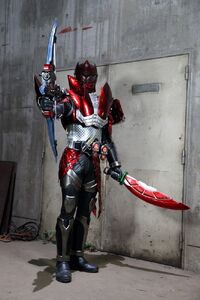 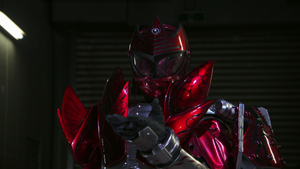