Enforcement of the tyranny of Jark Matter

Kukuruga is one of the three Vice-Shoguns of the Space Shogunate Jark Matter and a major antagonist in Uchu Sentai Kyuranger.

He was voiced by Naoya Uchida, who previously voiced Raiken and Rairaiken.

Kukuruga spearheaded the Jark Matter's attack on the planet Kaien in the Shishi System in a devastating attack which prompted the planet's young prince to be relocated to the planet Luth in the Kojishi System.

Kukuruga first appeared when he was summoned alongside his fellow Vice-Shoguns by Don Armage and tasked with eliminating the Kyurangers.

Kukuruga was later informed that the Kyurangers were heading to the planet Kaien. Kukuruga eagerly went after them, seeking to face Lucky again.

He was ultimately destroyed, but was later recreated by Dr. Anton and fused with the other Vice-Shoguns to create Akyachuuga. 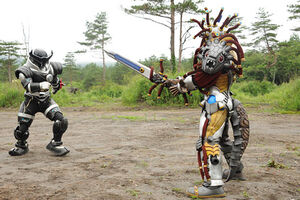 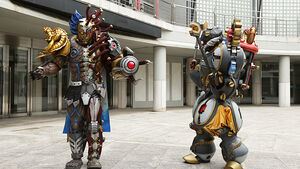 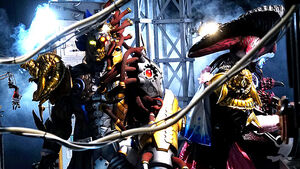 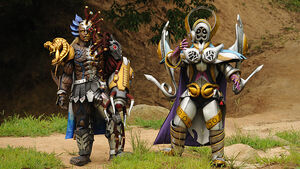 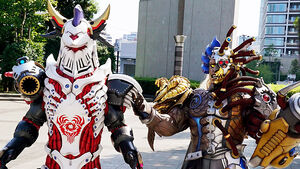