Defeat Paul Phoenix (both failed).
Help Heihachi to retake the Mishima Zaibatsu and kill Kazuya Mishima (succeeded, but later failed).
Train his son so that he will defeat Paul one day (succeeded once).

Kuma I, also known as Rage Bear, is Heihachi Mishima's enforcer, as well as his beloved pet and bodyguard, who was trained to fight without mercy against those who opposed his corrupted master. He is considered the most cruel and lethal of bears. He loves eating people after defeating them.

He is a playable character in Tekken and Tekken 2. During the eighteen years between the second game and Tekken 3, Kuma presumably died of old age, but not until eight years before the third game, as his son, Kuma II, is eight years when he first appears. Despite everything, Kuma I went missing shortly after the King of Iron Fist Tournament 2 according to the trivia.

Kuma's bear age was unknown, but he was around twenty-two or twenty-six in terms of the human age.

Kuma was once an abandoned bear cub in the forests surrounding the mountains of the Mishima Estate. He was found by Heihachi Mishima, who took him as his own pet. Heihachi taught the bear simple commands and hand signals, which Kuma picked up at an alarming speed. Kuma would grew into a huge bear and Heihachi built him an outhouse to cater for his impressively large frame. Incredibly enough, Kuma developd human intelligence and was also thought Japanese, making able to communicate with people.

Two years later, Heihachi realized that Kuma was no ordinary bear and possessed a great power, so he trained Kuma in the arts of Kuma Shinken. Heihachi's associates of the Mishima Zaibatsu were unable to understand how could a bear such as Kuma be so intelligent. This was further reinforced by Kuma's penchant for the taste of human flesh.

Two years later, the Zaibatsu had become even more corrupted and evil than it ever been before. Kuma and Heihachi were determined to save it from Kazuya, who was rumored to have gone mad. The King of Iron Fist Tournament 2 was announced by the Zaibatsu, and Kuma and Heihachi returned in public after 2 years of hard training. The two travelled together in the tournament and Kuma protected him from his enemies. Kuma became stronger than before, yet he was not able to renounce his own vices. If anyone got in his way, he would eat them.

Kuma faced the hated Paul a second time, and despite his overwhelming power he was defeated again by the American fighter. Despite this, Paul would remember fighting bears as a nightmare and exhausting experience. Paul would also be able to defeat all his opponents and gain the right to face Kazuya in the final fight, yet he had a car accident that forced him to abandon the tournament.

However, it is still apparent that Kuma remained an ally to Heihachi and let him know his location, because eight years before Tekken 3 Kuma had a son with the same name and trained him how to fight to defeat Paul one day, so that his son could succeed where he failed. It is unknown if Kuma I died of old age, as Harada simply reported him as "missing". Kuma II became Heihachi's pet and bodyguard like his father, yet he developed a less serious personality and is generally a comedic character, unlike the fearsome father. 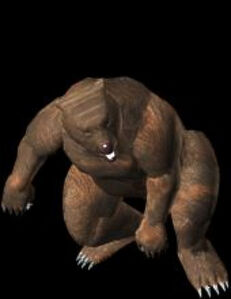 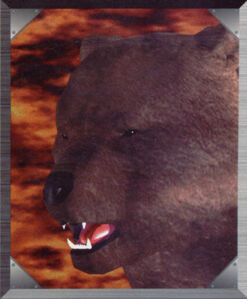 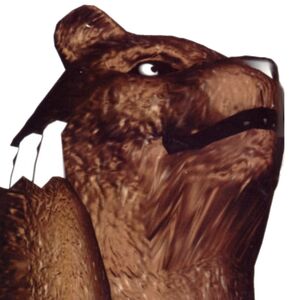 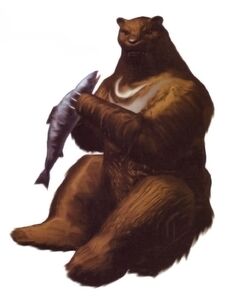 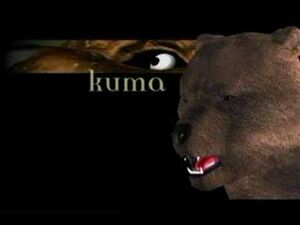 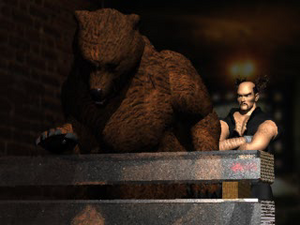 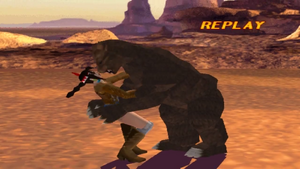 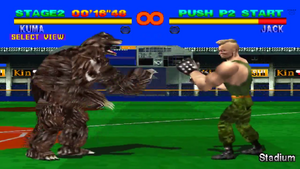 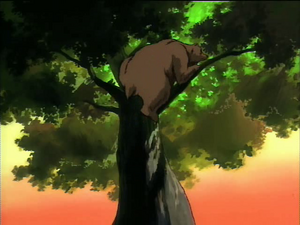 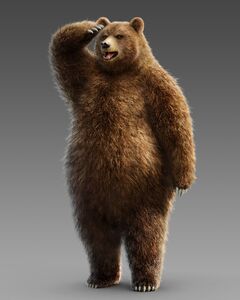 Kuma's son of the same name. 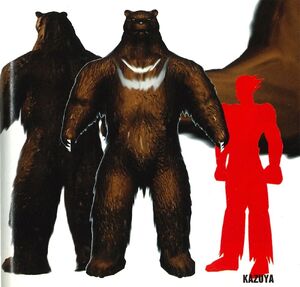 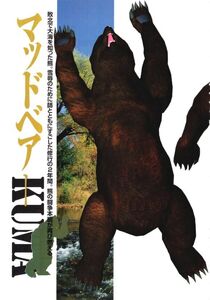 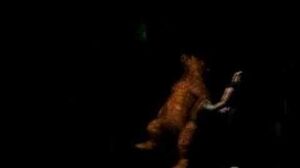