He was portrayed and voiced by Yoshio Iizuka.

He picks a fight with Calvin after hitting Giselle and he gets knocked out but wakes up and kills them with a katana.

Kung Fu Panda is a rude, mean spirited panda who first appears to be friendly, but was just hiding his true nature just so he can fight Calvin and Giselle. 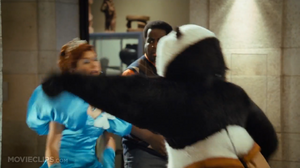 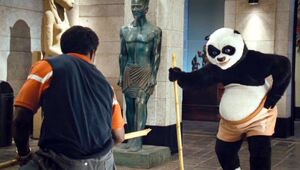 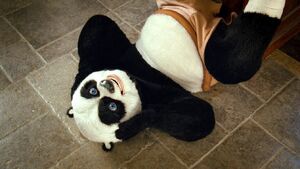 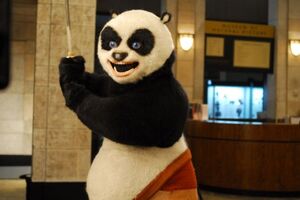 Kung Fu Panda attacking Calvin and the Enchanted Princess with a katana. 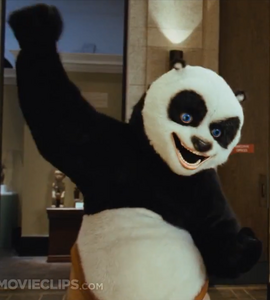 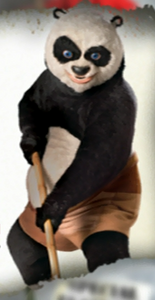 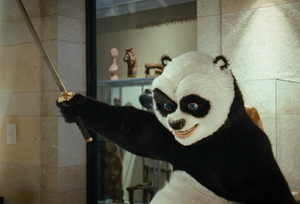 Kung Fu Panda attempting to kill Calvin and the Princess. 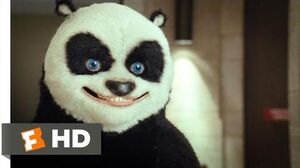 Disaster Movie (8 10) Movie CLIP - Beowulf and Kung Fu Panda (2008) HD
Note: This video is not available in some parts of Europe.