Member of the Manji Clan (formerly)

Kunimitsu is a character in the Tekken fighting game series. She made her first appearance in the original Tekken game as an unlockable character and sub-boss for Michelle Chang. It is unknown what happens to Kunimitsu after her last canonical appearance in Tekken 2.

Kunimitsu is known as the Devil Cat. She was a former member of the Swastika posse of ninja bandits lead by Yoshimitsu. She lost her Japanese identity when she joined the group to maintain her anonymity.

Upon joining, she was taught the skills of the stealth knife at the Swastika ninja schools of "Jujutau". She stayed with the group for a few months until a series of petty thefts from the band's funds led to her dismissal. At a loose end, she decided to train as a mechanic mending air conditioner.

She entered the first Iron Fist Tournament with the intent of stealing a Native American treasure from a young brave (Michelle Chang). Kunimitsu was easily defeated.

Feeling humiliated, she sought solace with her grandfather. He was a swordsmith with a reputation. He informed Kunimitsu that the sword used by Yoshimitsu (also called Yoshimitsu) was a relic of unimaginable value. She learned that it was handed down through the Swastika band, and it had the power to sever an enemy both spiritually and mentally. The sword exchanges hands when a new leader is elected. The old leader is ritually sacrificed, and the sword's power is transferred to its new owner.

Her grandfather has spent his entire existence trying to forge a copy of the sword. Kunimitsu enters The King of Iron Fist Tournament 2 to face and defeat Yoshimitsu, thus claiming his sword so that her grandfather can make a copy before his death. 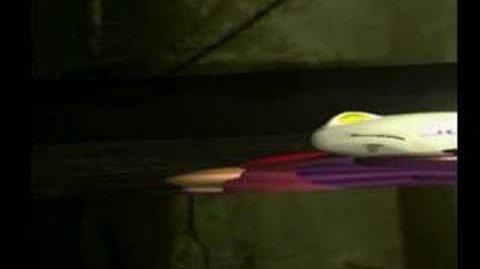 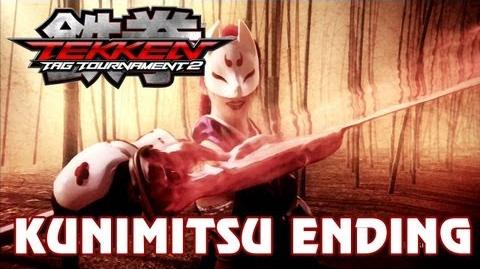