Causing his enemies to turn against each other.

Assist Teridax's Rahkshi to find Takua and capture him. (failed)

Find the Kanohi Avohkii and destroy it. (failed)
Destroy the Toa Nuva. (failed)

Wrathful Minion
Kurahk is one of the antagonists that appeared in the BIONICLE series. He is also known as the Rahkshi of Anger due of his ability to cause his opponents to become enraged and turned against each other. He is also one of the six Rahkshi who was sent by Makuta Teridax to find Takua and the Kanohi Avohkii in the 2003 storyline.

Kurahk was a white Rahkshi who possessed a glacier-like sail on his back.

When Makuta Teridax learnt that Guurahk, Lerahk and Panrahk failed to capture Takua and claim the Kanohi Avokii in Ko-Koro, he immediately created three more Rahkshi; Turahk , Kurahk and Vorahk and sent them to find the herald and the mask.

Turahk, Kurahk and Vorahk eventually tracked Takua and Jaller in Onu-Koro. There, they ambushed Onu-Koro and attacked the Onu-Matoran. Kurahk managed to find Takua and was about to capture him when Tahu arrived and engaged Kurahk in the fight. During the battle, Kurahk enraged Tahu when the latter tried to protect Takua from his attack and caused him to attack Gali before eventually being frozen by Kopaka. Turahk, Kurahk and Vorahk continued to attack the Toa Nuva until Onua used his power to cave-in Onu-Koro, seemingly defeating the three Rahkshi.

However, Kurahk and the other two survived and continued to pursue Takua. Joined by Guurahk, Lerahk and Panrakh, Kurahk and the others resumed their pursuit of Takua and Jaller. They tracked the two Matoran to the temple of Kini-Nui, where they attempted to kill them. The Toa Nuva soon arrived and, uniting together, defeated the Rahkshi.

Kurahk's body was used to create the Ussanui along with the other Rahkshi. 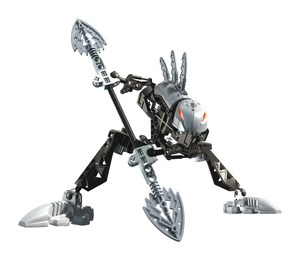 Kurahk in his set form. 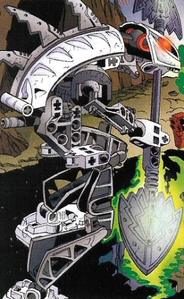 Kurahk as he appears in the comics. 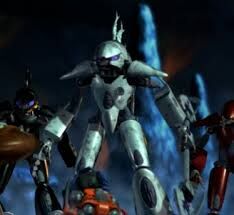 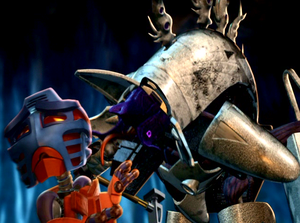 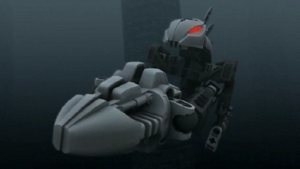 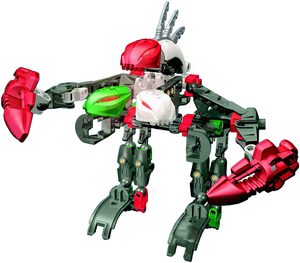 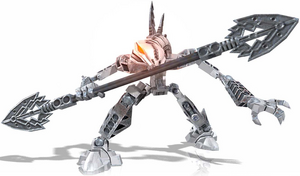 Kurahk as he appears in BIONICLE: Heroes.