Exterminate all ghouls to get his revenge. (failed)

Kill the One-Eyed Owl to avenge his wife. (posthumously succeeded)

He is a Ghoul investigator in Commission of Counter Ghoul who seeks vengeance on the One-Eyed Ghoul who killed his beloved wife. His thirst for revenge was what broke his sanity, becoming a psychotic murderer of Ghouls. He was ultimately killed by Touka Kirishima.

In the anime, he was voiced by Tōru Ōkawa in Japanese and Kenny Green in English. In the live action film, he was played by Yo Ozumi, who also played Shou Tucker in the 2017 Fullmetal Alchemist film.

During Mado's early life, he had a family with his wife Kasuka Mado and his daughter Akira. Both he and his wife were ghoul investigators and one day, he came across the One-Eyed Owl who killed his wife. He soon became obsessed with tracking down and killing every single ghoul to avenge his fallen wife. He would then go on to collect the kagunes of various fallen ghouls killed at his hands and began to create various quinques. He would also kill every ghoul he fought with his left hand which has his wedding ring and covered it up with a glove.

At some point in time, Mado came across the Non-Killing Owl which he confused for the One-Eyed Owl that killed his wife and tried to kill him to avenge her. He was beaten back along with the other CCG Soldiers and was on the verge of defeat hadn't Kishou Arima showed up and beaten back Yoshimura.

At one point in time, Mado had a new partner assigned to him, Koutarou Amon, a new recruit who had just transferred over from the academy to an official ghoul investigator. At first glance, Amon wasn't confident in Mado calling him unbelievable and crazy and Mado called him "little bird" because of his inexperience. The two of them are then assigned to Kei Muramatsu, codenamed Apple Head, who has an RC Level of 200-500 which is the same as a healthy human. Amon sees her and at first, thinks she's a normal human when she lures him under a bridge and is revealed to be a ghoul. Mado comes in and quickly kills her off.

Mado is first seen where he and Amon are on a case looking into a pair of tools which was lost on a building rooftop and are rumored to belong to Yakumo Oomori the infamous 13th Ward ghoul known as Jason for a reason. At the same time, he's also looking into Case no. 696 or Asaki Fueguchi where Mado and Amon show up at his clinic at the same time that Yamori is there as well. He then decides to fight Yamori while he's unknowingly being toyed with. After a brief fight, Yamori flees and Mado finishes off Asaki and harvests his kagune for a new quinque.

After solving the case, Mado continues his manhunt after the remnants of the Fueguchi family going after Asaki's wife, Ryouko, and his daughter, Hinami. Mado goes on the search with Amon and two other investigators, where he eventually tracks them down to the 20th Ward and corners the two of them in an alleyway. Hinami manages to get away but Ryouko is slaughtered and is harvested much like her husband was before her. Following the tragedy, Touka ends up killing investigator Ippei Kusaba and Mado fights her but she escapes and decides to use a piece of Ryouko to lure in Hinami, his last target and has her stuck underneath a bridge along with Touka.

Mado finally shows up where he sees Hinami, emotionally traumatized and Touka, where he taunts the two of them for falling for his trick and attempting to deceive him and fail. This enrages Touka and she lashes at him with her Ukaku Kagune which causes Mado to block it with his Fueguchi One quinque. After a while, Mado is knocked down but he gets back up and knocks Touka to the side before she could finish him off and shows off his Fueguchi Two Kagune which Hinami and Touka realize was made from Ryouko herself and Hinami breaks down and Touka lashes out in rage. Mado then has Touka pinned against a pillar. He then hears her tearful beg to spare her and almost kills her and Hinami, but the latter has a power awakening and kills him. Mado then crawls and his last breath is how he must continue his mission to kill the ghouls and then dies. Amon later finds his corpse and brings it back for burial.

Mado appears in a flashback where he is with Yukinori Shinohara hunting down the corpse-collecting ghoul, Arata Kirishima. He later defeated Arata and went on to search and kill his children, Touka and Ayato Kirishima.

During the 20th Ward Operation, Shinohara and other ghoul investigators went up against the Non-Killing Owl and they weren't getting the advantage they so desperately needed. During the fight, however, Shinohara imagined Mado was talking to him and it motivated him.

Following Mado's death, he was given a proper burial and was honored greatly by the members of the CCG with Amon and his daughter Akira frequently visiting his grave with Akira and Amon formed some sort of a relationship along the way. Mado was a role model to Amon and he most likely has inspired countless other ghoul investigators.

Mado appears as a middle-aged man with sunken in cheeks and a corpse-like face according to Amon. He has long. stringy white hair and constantly has a sadistic smile on his face. He has a slender body and always slumps down making him look much shorter than he really is and has one ye that is constantly bulging while the other one is squinting inwards. He wears a white dress shirt, light dress pants, and black dress shoes. He wears a dark red necktie with a grey trench coat adorned with shiny and silver accents. He is characteristically seen wearing white gloves and is rarely seen without his briefcase.

Mado is a very cruel, sadistic, and psychopathic person. He is known for his fanatical obsession with ghouls and takes it upon himself to kill every single one of them. He views ghouls as inhumane monsters and is disgusted when they demonstrate human-like emotions like love and caring viewing them as nothing more than lifeless monsters. He is a professional on ghouls and has studied their abilities and powers often using it to an advantage and can easily kill them since he is a hardcore veteran Ghoul Investigator.

In fact, he takes sadistic pleasure in killing ghouls, as seen when he belittled Hinami for missing her mother and father, and when Ryouko tried to tell him she had a family to look out for, he simply laughed. This demonstrates his psychopath nature towards ghouls, and how he was unable to move on from his wife's death and let the hatred and rage boil up inside him until he became just as terrible as ghouls. But for whatever reason, this is ignored for the most part by his partner and daughter, who never addressed it once.

However, this such cruelty is only shown towards ghouls only. He is actually capable of loving and caring, as indicated that he was married and acts as a very dedicated and trustworthy teacher to his juniors. According to Akira, he never wanted nor attempted to achieve higher rank than First-Class investigator, saying it was all he needed to go after the Owl. He looked down upon those blindly chasing ranks within the CCG.

Mado is one of the best First-Class Ghoul Investigators within the CCG. 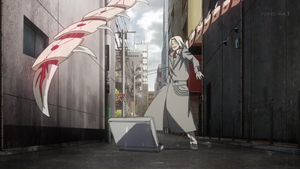 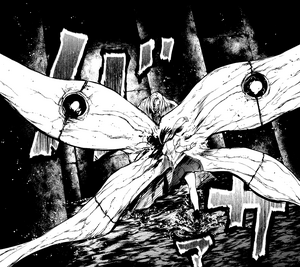 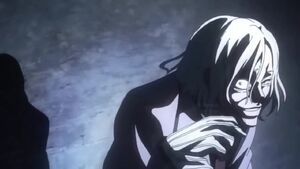 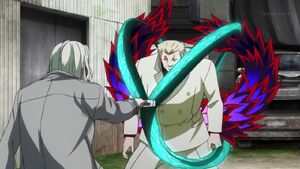 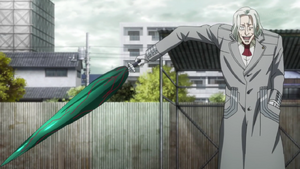 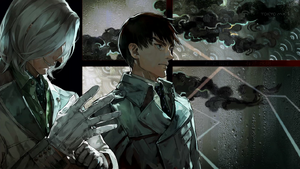 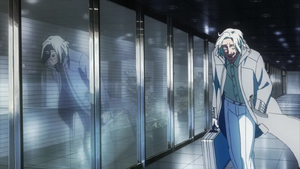 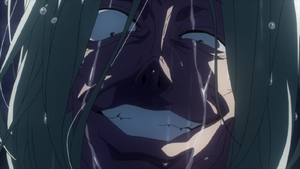 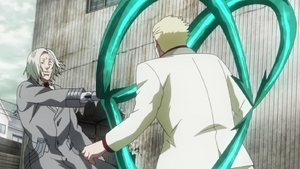 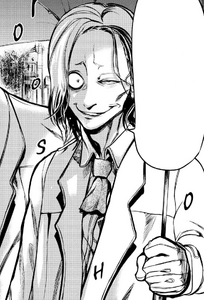