Kurou Otoharada is a minor antagonist from the manga/anime franchise Death Note. He is an unemployed criminal that ends up becoming Light Yagami's first victim.

Otoharada first struck one day in a shopping center in Japan, killing and injuring six people, presumably with a gun. He escaped and ended up wanted by police, but they were unable to find him.

Shortly after Light Yagami acquired the Death Note dropped by the Shinigami Ryuk, Otoharada, for unknown reasons, attacked a nursery school and held eight people, including children, hostage inside. Light, having read the rules of the Death Note and curious to test it out, writes Otoharada's name while picturing his mugshot in the book. Forty seconds later, Otoharada suffers a massive and fatal heart attack and dies, allowing all of the hostages to escape and police to rescue them. Light is terrified, but tells himself it is just coincidence. However, he later finds it to be true, and begins a worldwide cleansing of criminals off the planet as Kira.

However, Otoharada's death later comes to the attention of detective L and the Kira Investigation Task Force, and L quickly discovers that this was Kira's first kill. Since the broadcast of the school incident was only aired in certain regions of Japan, L uses this and Lind L. Tailor to pinpoint where Kira is located, leading to his and Light's confrontation and rivalry.

Not much is known about Otoharada's personality. However, judging by his actions, he is shown to be extremely cold-hearted and ruthless, even targeting children in his violence. Though the reasons behind his killings at the shopping center and school attack are unknown, the news broadcast says he is unemployed, and his actions could potentially be vengeance or rage over losing or being denied a job. 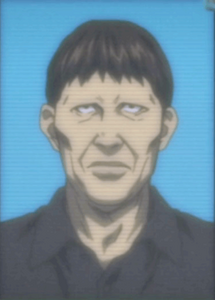 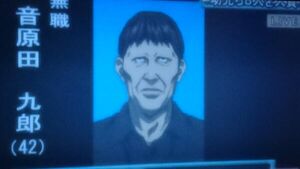 Kurou Otoharada on the news. 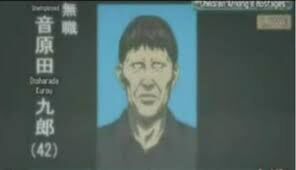 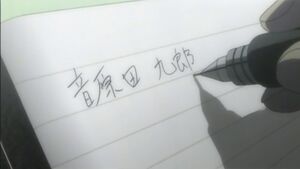 Kurou Otoharada in the manga. 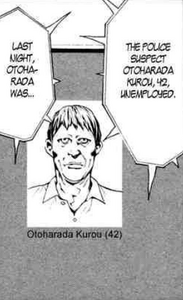 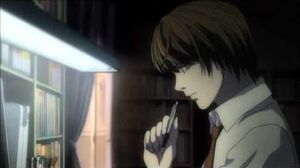 Light's First Kill
Add a photo to this gallery

Retrieved from "https://villains.fandom.com/wiki/Kurou_Otoharada?oldid=3985088"
Community content is available under CC-BY-SA unless otherwise noted.